In MAXQDA you can store information in variables both for documents and at code level. For the speakers of a group interview there are additional speaker variables which are explained in detail in the chapter analysis of focus groups.

Document variables are associated with an entire document (e.g. the person interviewed in an interview transcript). In these cases, you can assign socio-demographic information like gender, age, education level, etc. that can then be analyzed in conjunction with the actual text.

In the following example, the age, educational level, and state of the respondents was noted, in addition to whether they were single or in a partnership:

Code variables in MAXQDA make it possible for you to apply variable values to coded segments and use them as selection criteria during the analysis process. In this way, you can, for example, activate codes by defined criteria.

When you open the List of Document Variables in a newly created project, the system variables displayed in the image are already defined: 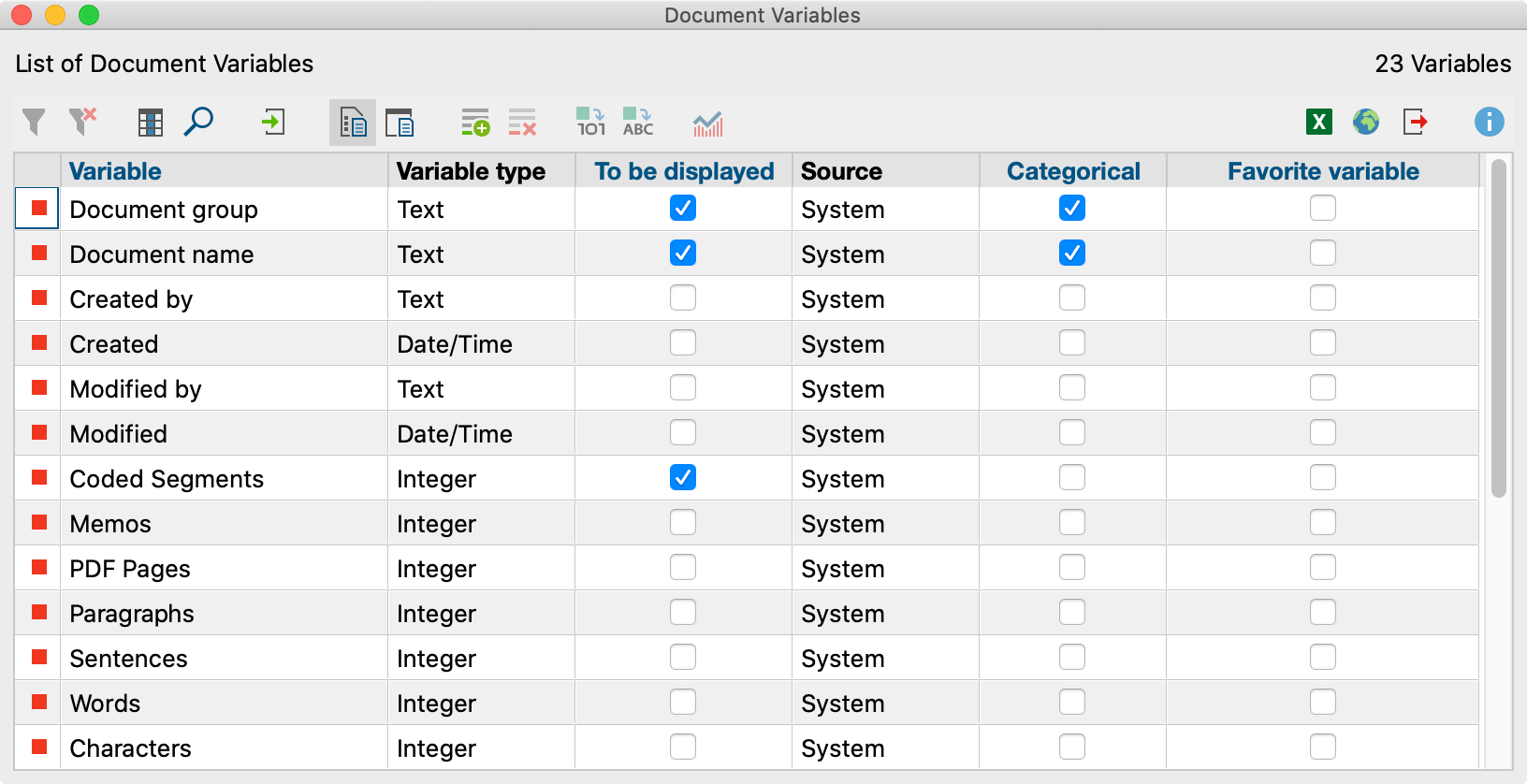 When you open the List of Code Variables in a newly created project, the following system variables are displayed, as they can also be found in the “Overview of Codes”: 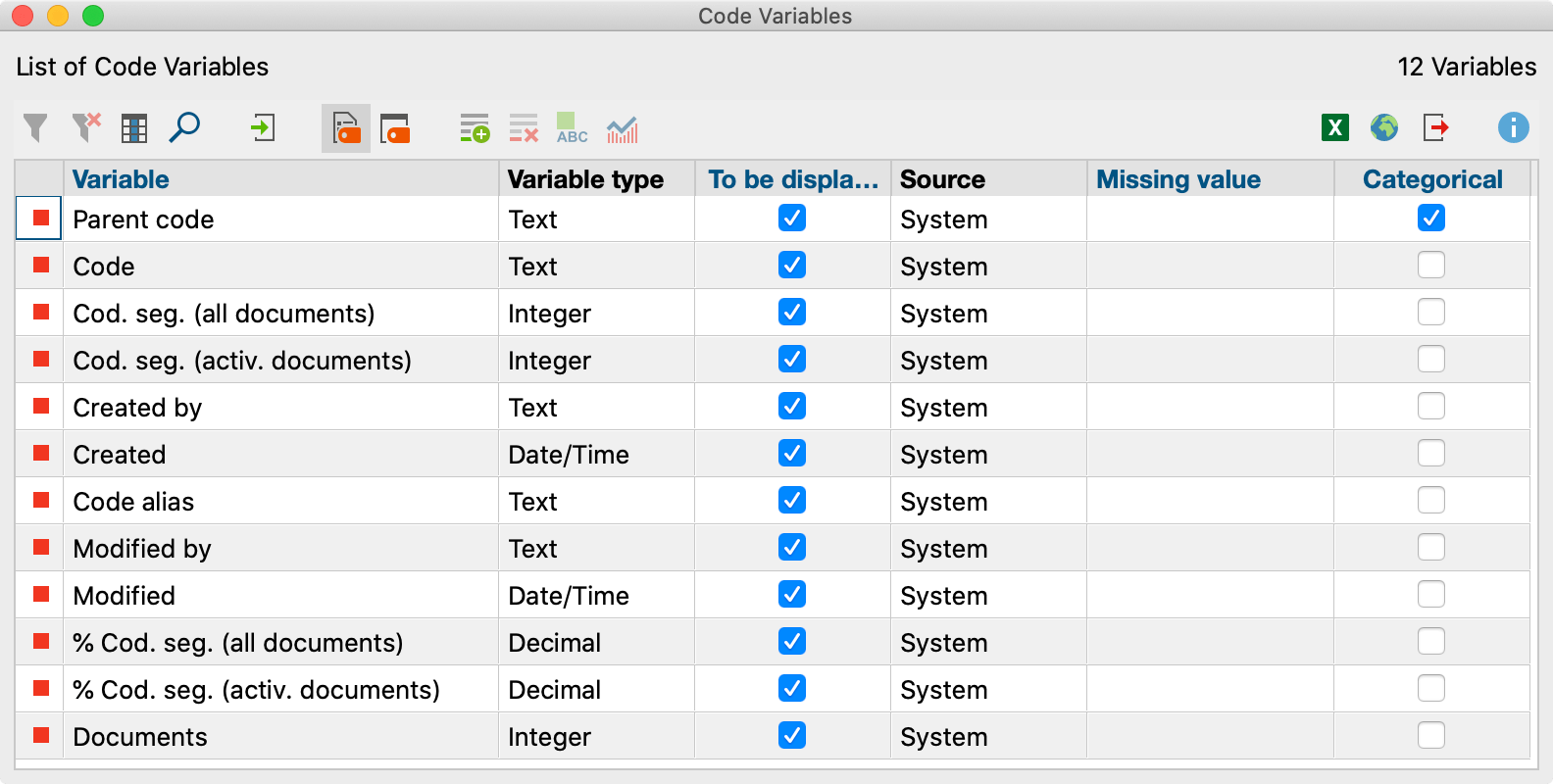 The list of variables can be sorted in alphabetical or reverse alphabetical order just like any other table in MAXQDA. Simply click once or twice on the column header you would like to sort by.

Tip: To restore the original sorting, right-click on a column header and choose Reset Sorting..

Both the List of Document Variables and the List of Code Variables can be managed from the toolbar, which contains similar symbols for both lists.