To move a complete drawer is something other than to move only its contents. The same is true with code assignments. If you only want to move these to another code, you cannot use the procedure described above. There is another procedure that leaves the drawer in its place and merely shifts its contents: 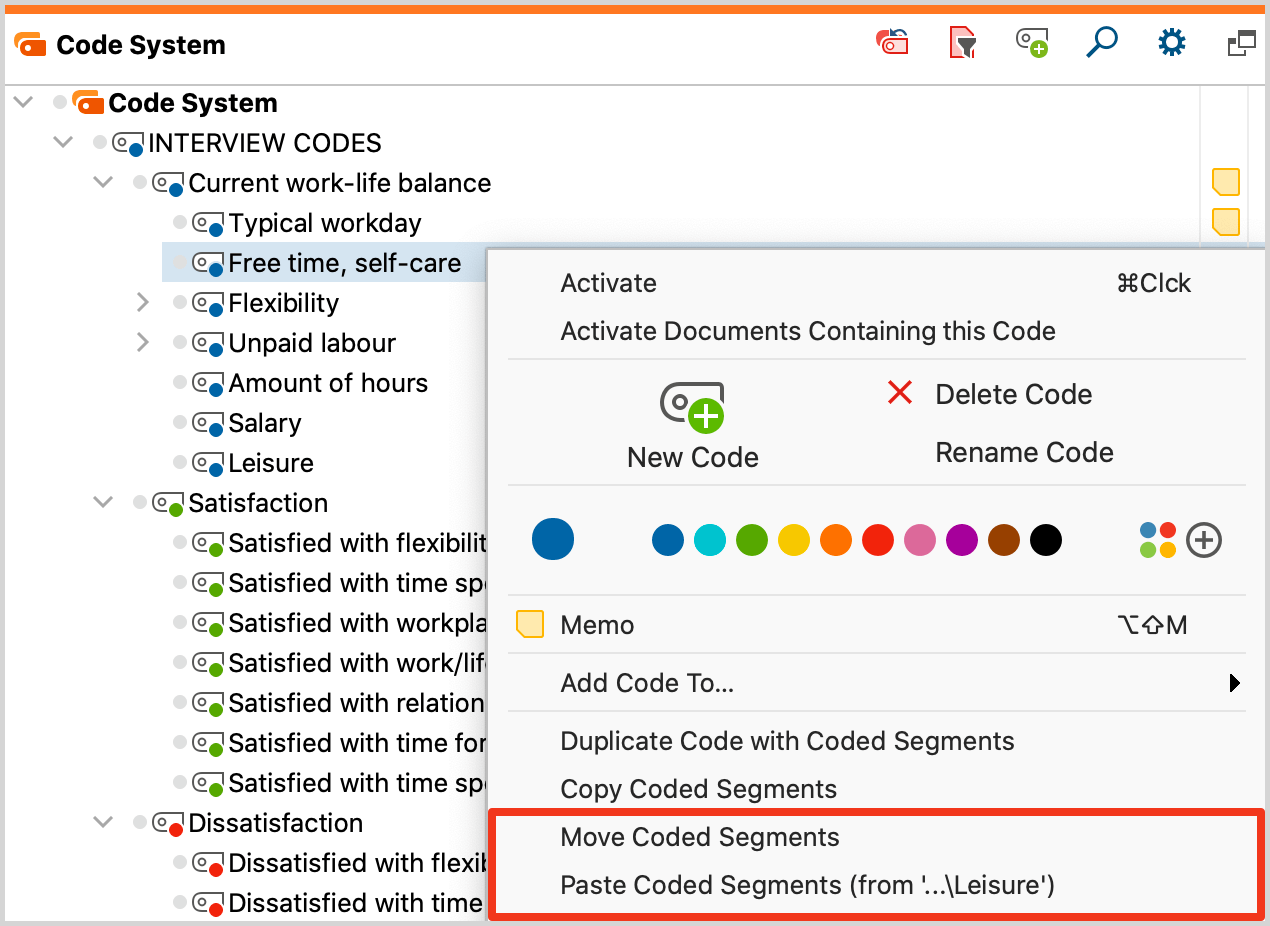 The first code remains in the “Code System” until you delete it, but the number of its coded segments is now zero. If you no longer need the code, you can simply delete it from the “Code System“. But be careful: its subcodes will be removed as well!

It may happen that some of the segments which you have moved to the target code have already been coded with this code. Suppose that you move the codings from “Code B” to “Code A”, MAXQDA proceeds as follows in the case of an overlapping code:

Tip: In the code system, you can also copy a code including all segments assigned to it. To do this, select the Duplicate Code with Coded Segments option from the context menu of a code. Directly below the code, the new code is inserted at the same level with the same name, supplemented by a consecutive number.
<![endif]-->
We use cookies to improve your experience on our website. By clicking OK or by continuing to browse the website, we’ll assume that you are happy with their use. Click here to review our Cookie Policy. OK