With MAXQDA you can import structured documents from an Excel spreadsheet in XLS/S format, during which individual table cells will be automatically coded. In addition, variable values can be assigned automatically to the individual texts (the cases). This is particularly useful when importing (online) surveys with standardized and open answers.

Each row of the table contains a case, and the columns “Open Question 1” and “Open Question 2” contain the respondent’s responses to the respective questions. The “Variable” columns contains standardized information for each case in the form of variables. Of particular importance are the first two columns “Document Group” and “ID”, which assign the individual rows of the table to documents in MAXQDA’s “Document System”.

Please note:
1. It is not necessary to have a column for the “Document Group” as MAXQDA can also create a new document group, into which all documents are imported, during the import process. However, at least one column is required, which contains the document’s names.
2. MAXQDA supports one sublevel for document groups. These can be created and addressed during import using the backslash, e.g. “Survey\New York”.
3. The column headings should be short and concise, as this is much more practical for further work and MAXQDA only imports the first 63 characters of the headings. Only if the column headings differ in the first 63 characters, MAXQDA will be able to handle the columns as different. 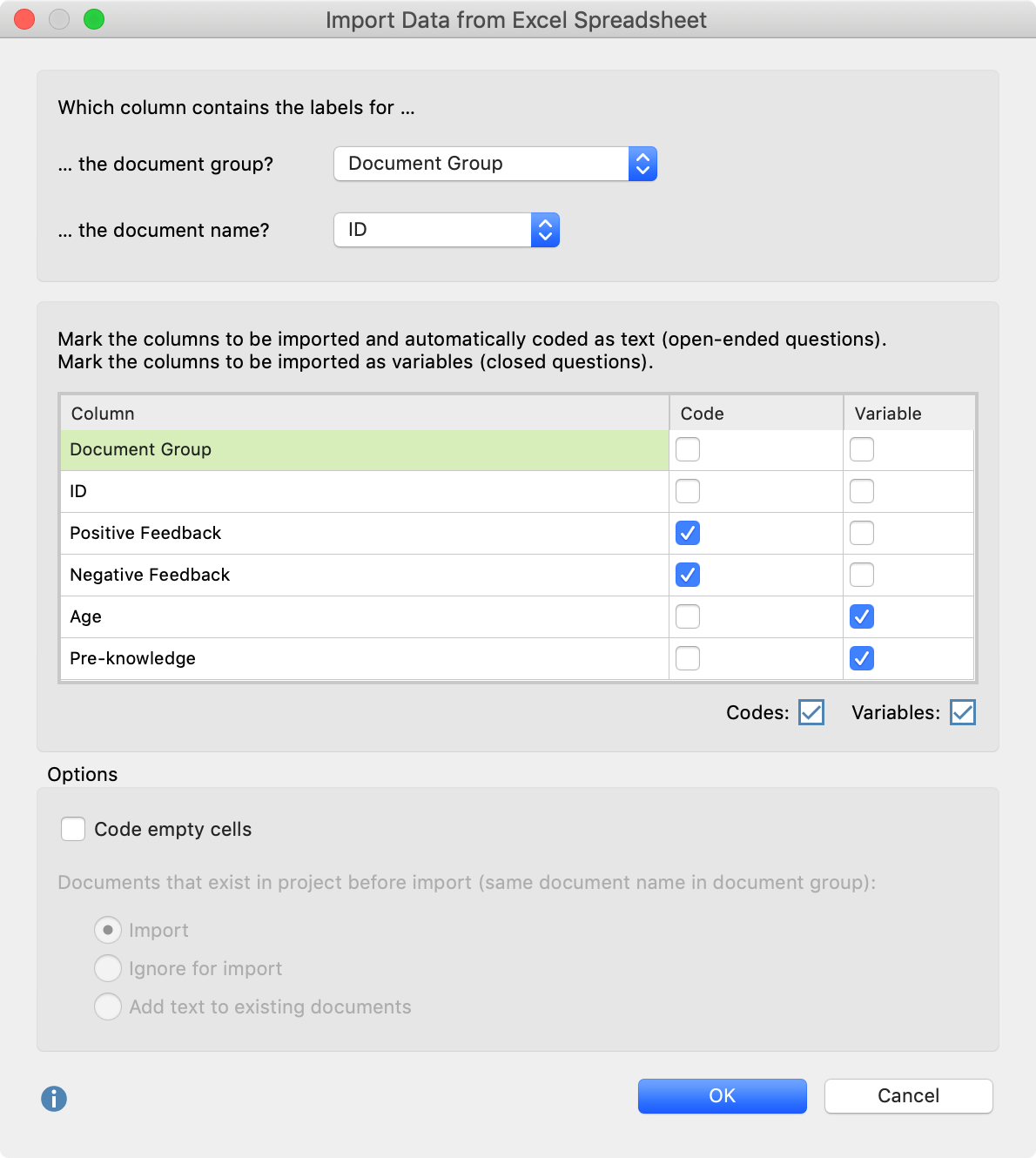 Tip: When importing survey data, it is recommended that you select the ID’s of the respondents as a column for the document names. In this way, you can avoid any ambiguity in the association of responses to cases, even during the subsequent export of data into statistical software.

Selecting settings for importing the variables

In the section “Categorize Survey Data” you will find information on how to analyze the imported survey data in MAXQDA.