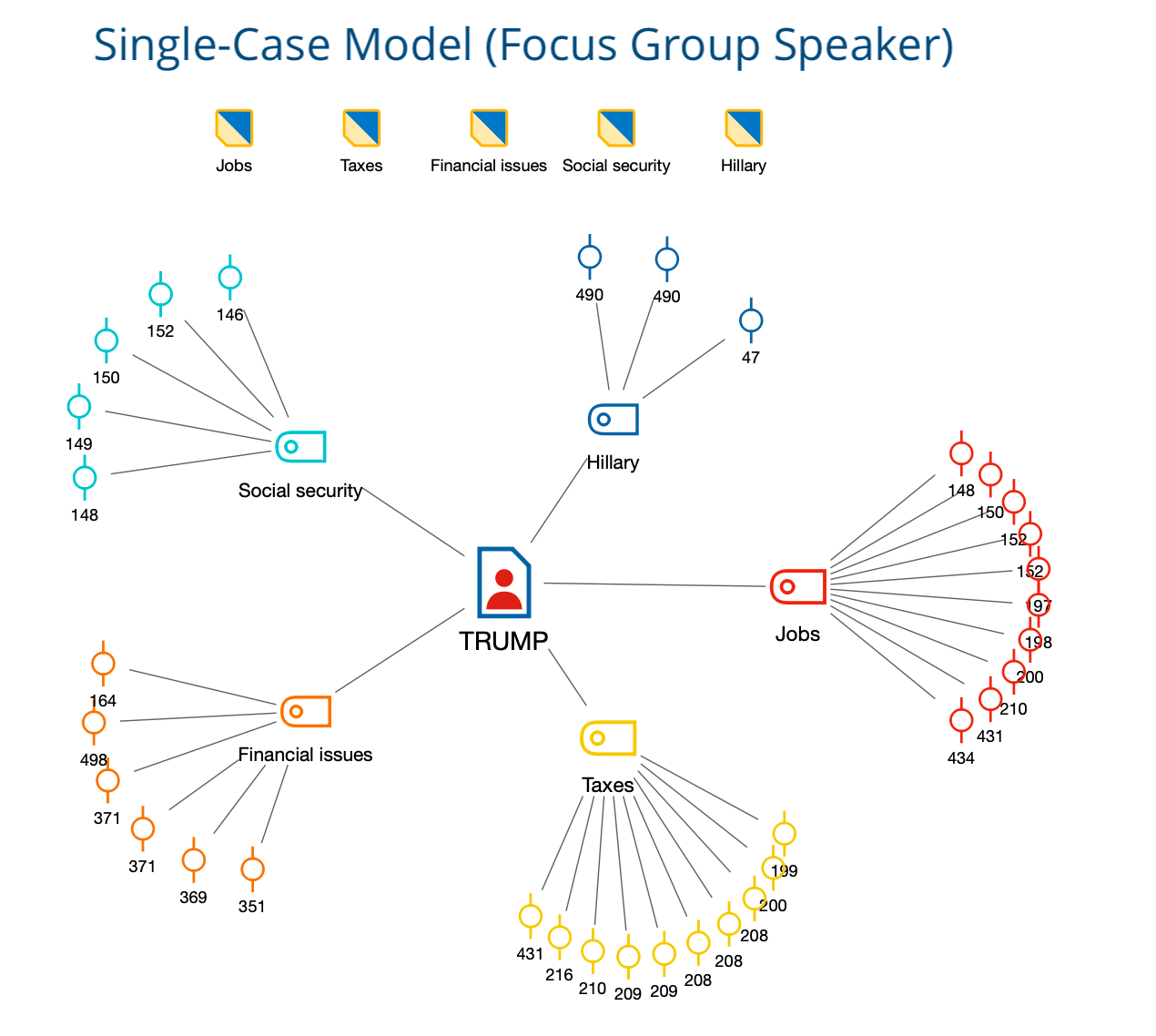 The following options dialog window will appear, allowing the same settings as the dialog window for the single case model. Instead of a document memo, however, you can display the speaker memo. Only the memos in the document that are within a speech contribution of the selected participant are taken into account: 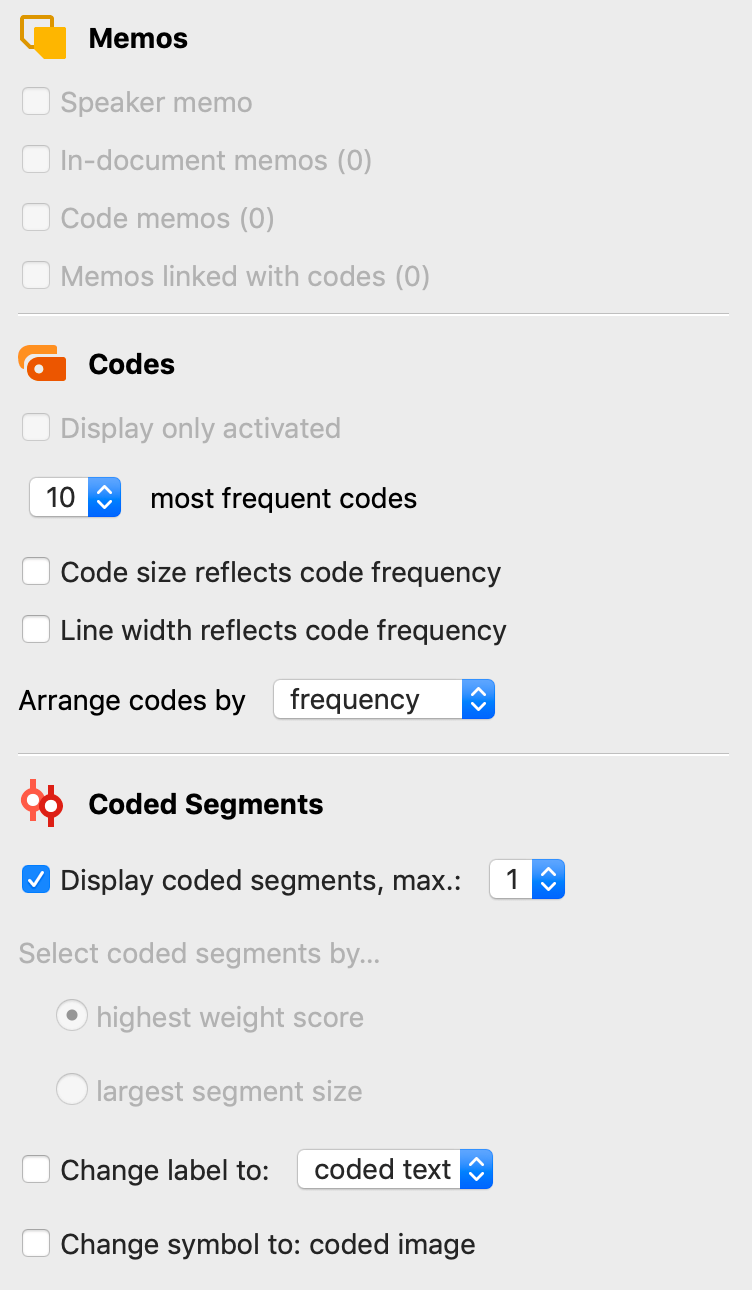