A project’s maps are created and managed in their own workspace called “MAXMaps”. MAXMaps is accessed via the first icon on the left side of the Visual Tools tab. The following interface will appear in a separate window: 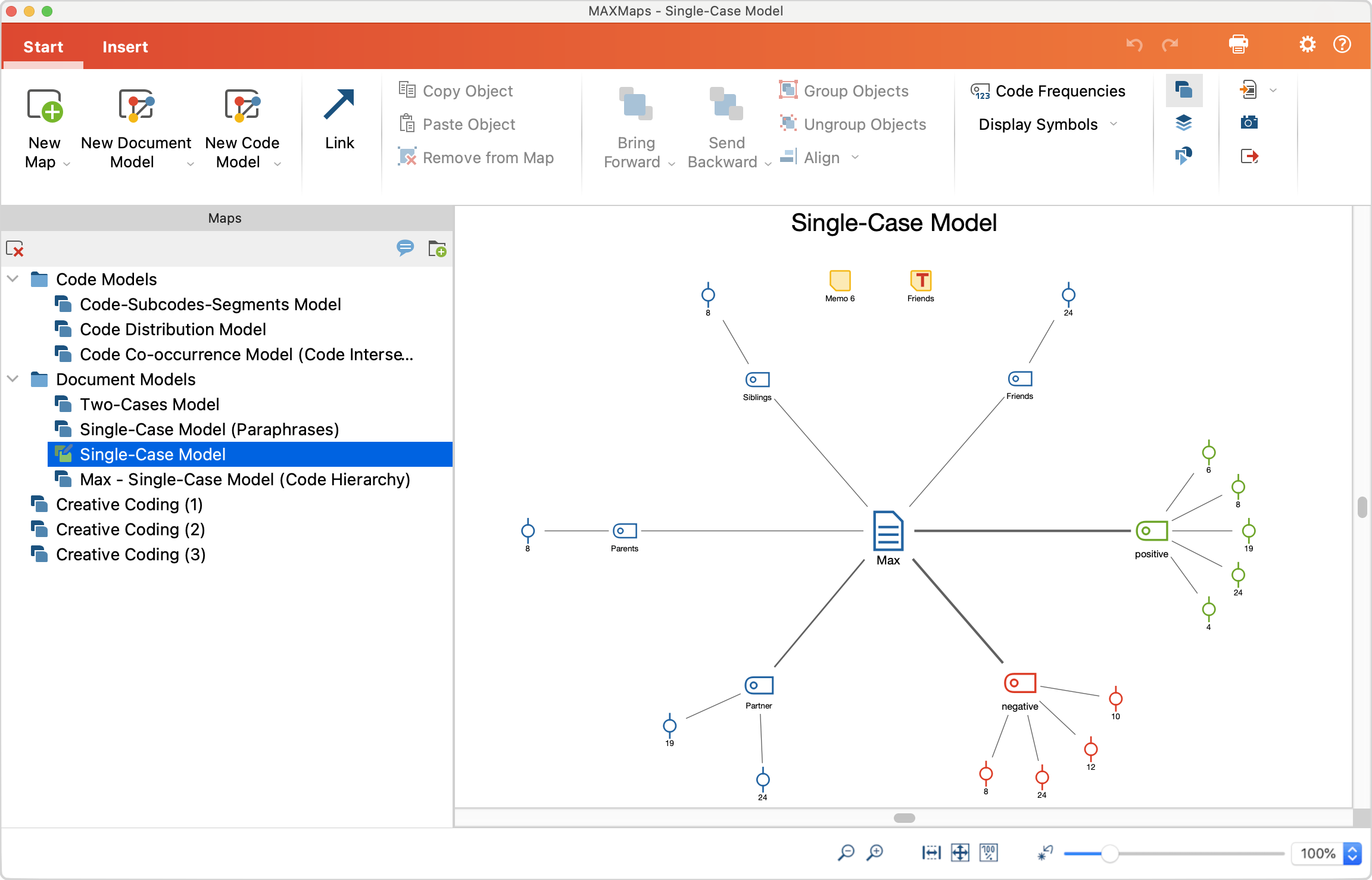 The MAXMaps interface is divided into several areas. On the left you’ll see the “List of Maps”, which will contain a single entry called “New Map” when MAXMaps is opened for the first time. Later, as shown in the figure, all your created maps will be listed. The space on the right displays your map, the space in which you can model it, insert objects, position and link them etc.

At the top you will see a menu with several tabs. In the Start tab, you’ll find everything you need to create and edit a map. Use the Insert tab to insert new codes, texts, images, and shapes into the map. The Format tab and Line Format tab appear as soon as you select an element or a line to display all available formatting options.

You can undock the “List of Maps” window to move it somewhere else on your screen. To do this, click on the small double-window icon at the top right-hand edge of the list to release it from its fixed position at the window edge. You can place the undocked window wherever you like, dragging and dropping it, even to a second monitor. To re-dock it, drag the window to the left edge of the MAXMaps window. 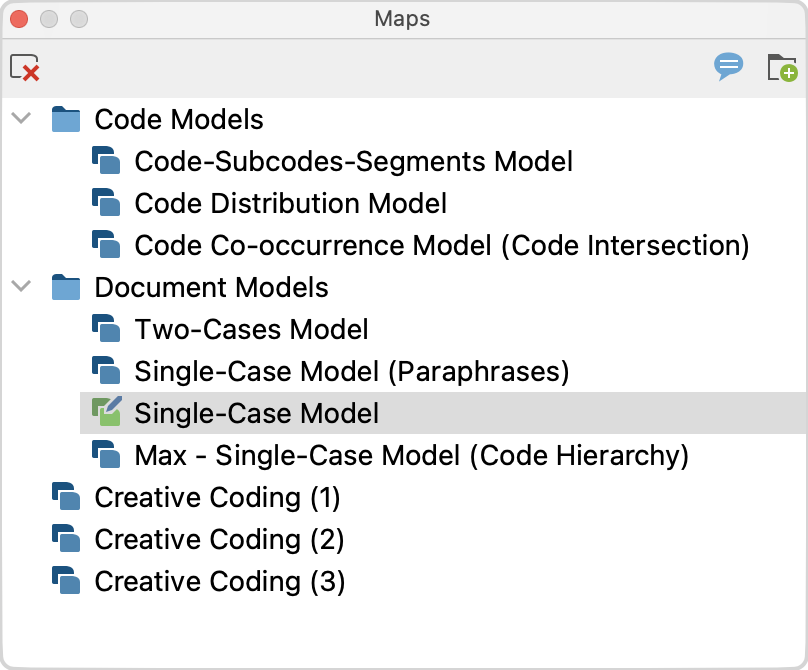