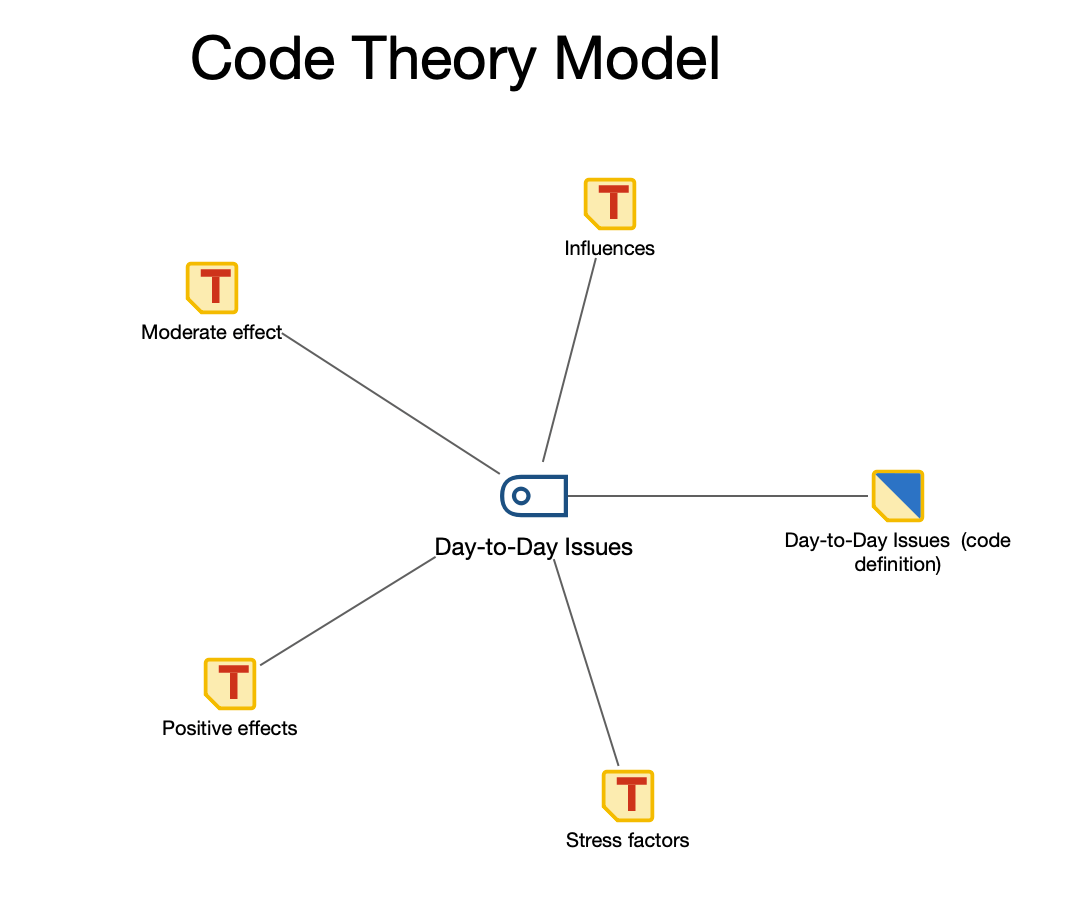 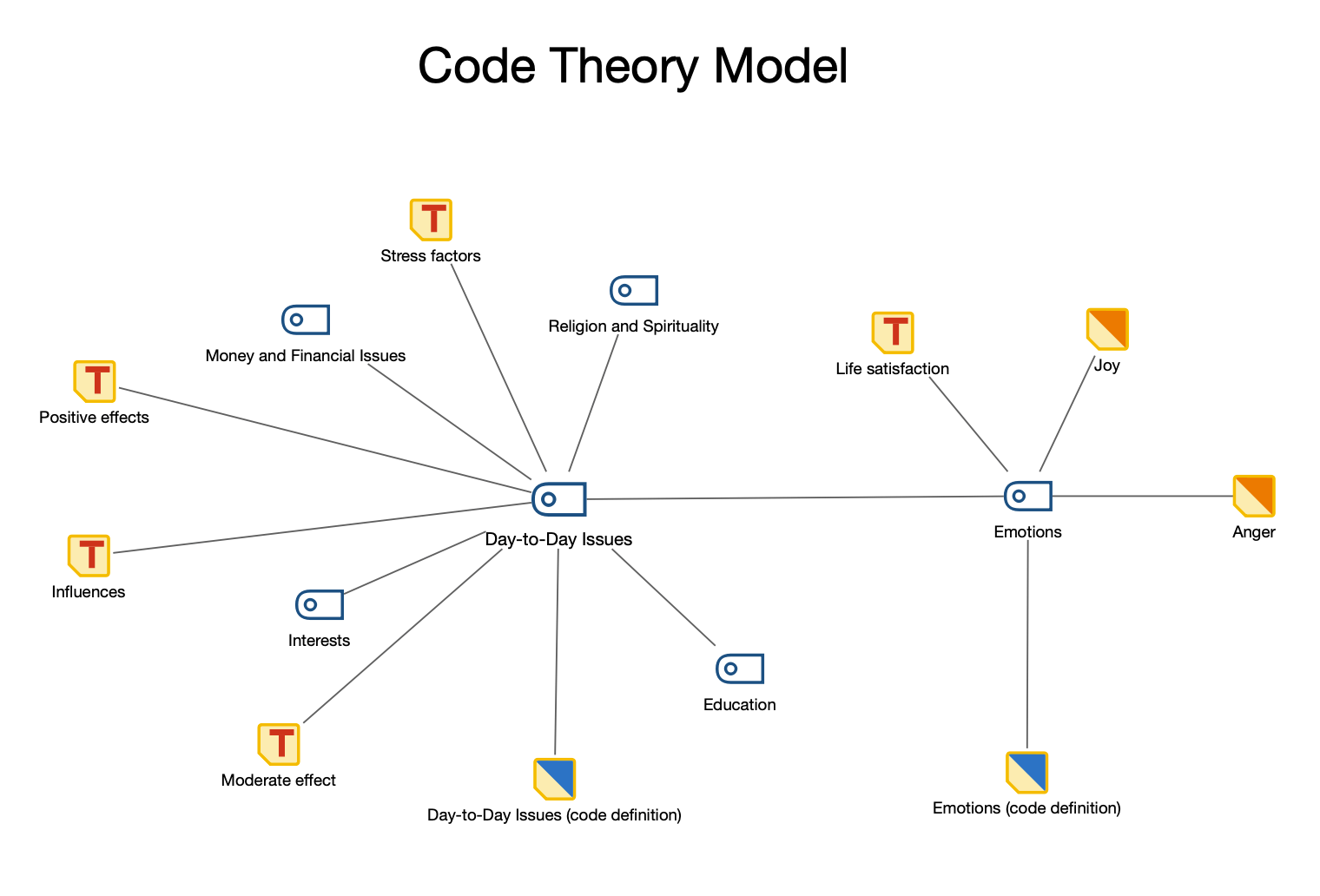 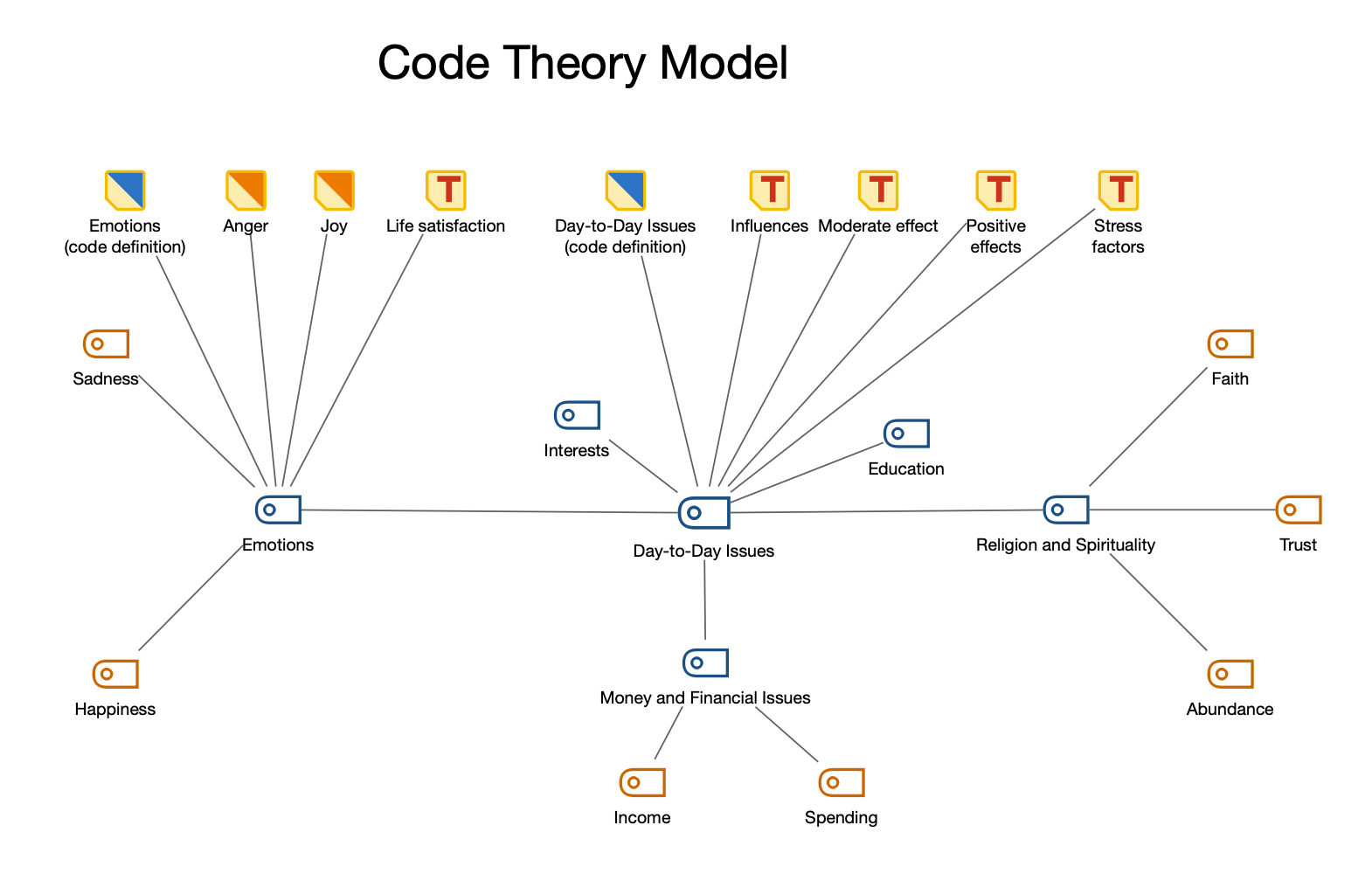 Select New Code Model > Code Theory Model in the Start tab and drag a code from the “Code System” into the map. A dialog window with model options opens up: 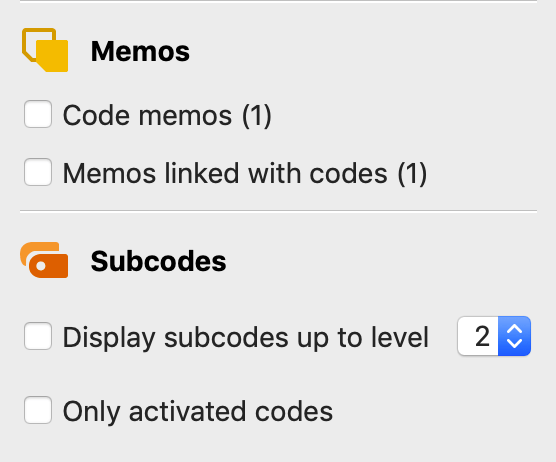 Code memos – If this checkbox is selected, the code memos from the “Code System” are displayed in the map.

Memos linked with codes – If this option is selected, all memos linked to a code on the surface will also be included in the map.

Only activated codes – You can use this option to restrict the display of subcodes to the currently activated subcodes.

Tip: You can also access the model directly from the “Code System” by right-clicking on a code and selecting Code Model > Code Theory Model.
<![endif]-->
We use cookies to improve your experience on our website. By clicking OK or by continuing to browse the website, we’ll assume that you are happy with their use. Click here to review our Cookie Policy. OK