To transform a code into a document variable, right-click the code and select Transform into Document Variable. 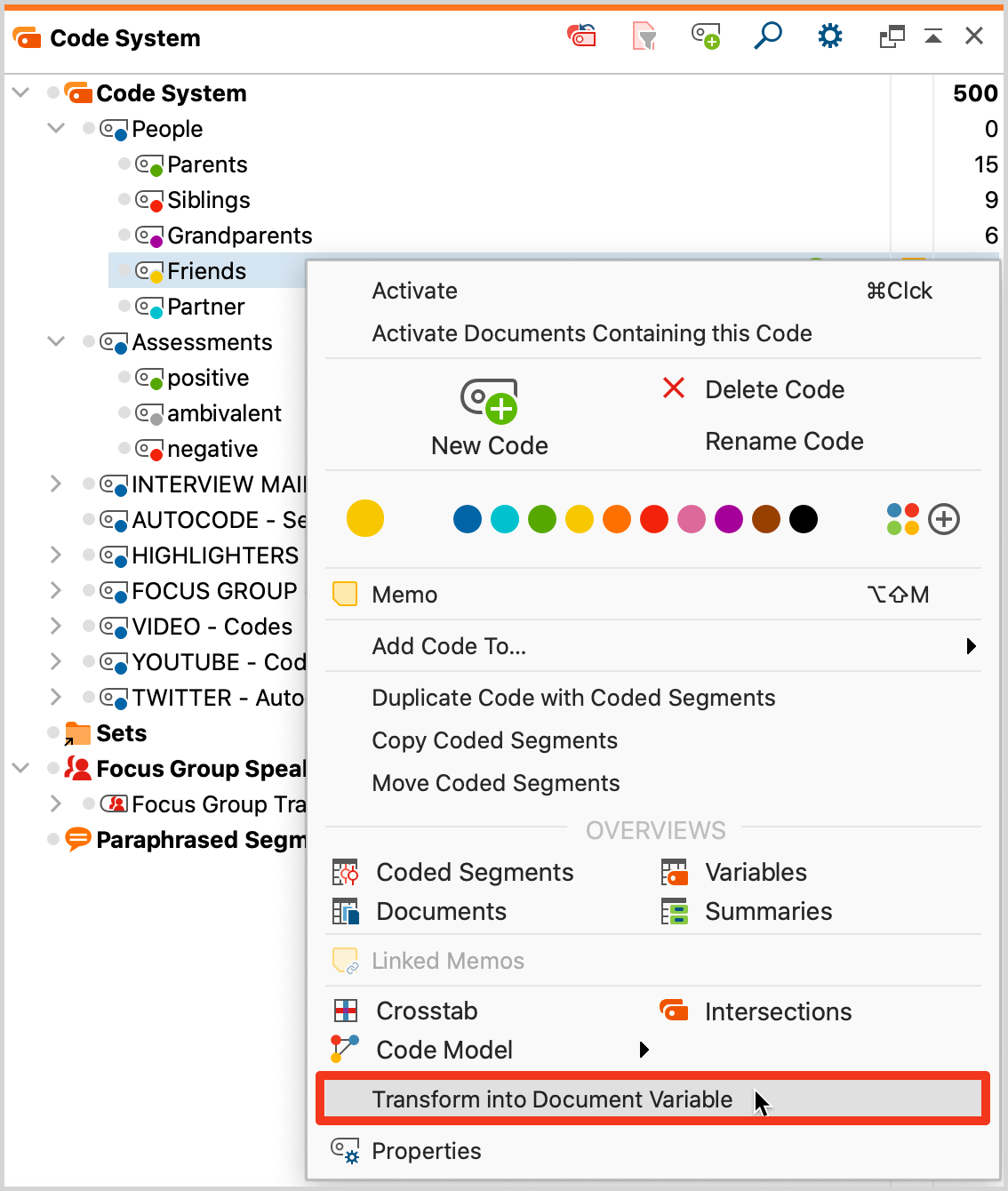 MAXQDA will generate a document variable, with the same name as the code, as a numeric variable. The program will automatically insert the code frequency of each document into the appropriate cell of the column. It opens along with the “Data editor” of the document variable and positions it in the appropriate column. The content of this variable can’t be edited manually. MAXQDA updates the variable dynamically: if you assign the transformed code to a document, the corresponding variable value is automatically updated.

Please note: To transform multiple codes into document variables at once, activate all of the codes first, then click the Quantitizing option in the Mixed Methods menu tab.

You can recognize variables transformed from codes in the “List of Document Variables” by the green square icon in the first column and the “Code” entry in the “Source” column.

The transformed code can be binarized by clicking the Convert to Boolean variable icon in the “List of Document Variables”. The variable then no longer indicates how often the corresponding code occurs in the respective document, but whether it occurs (1) at all in the document or not (0). 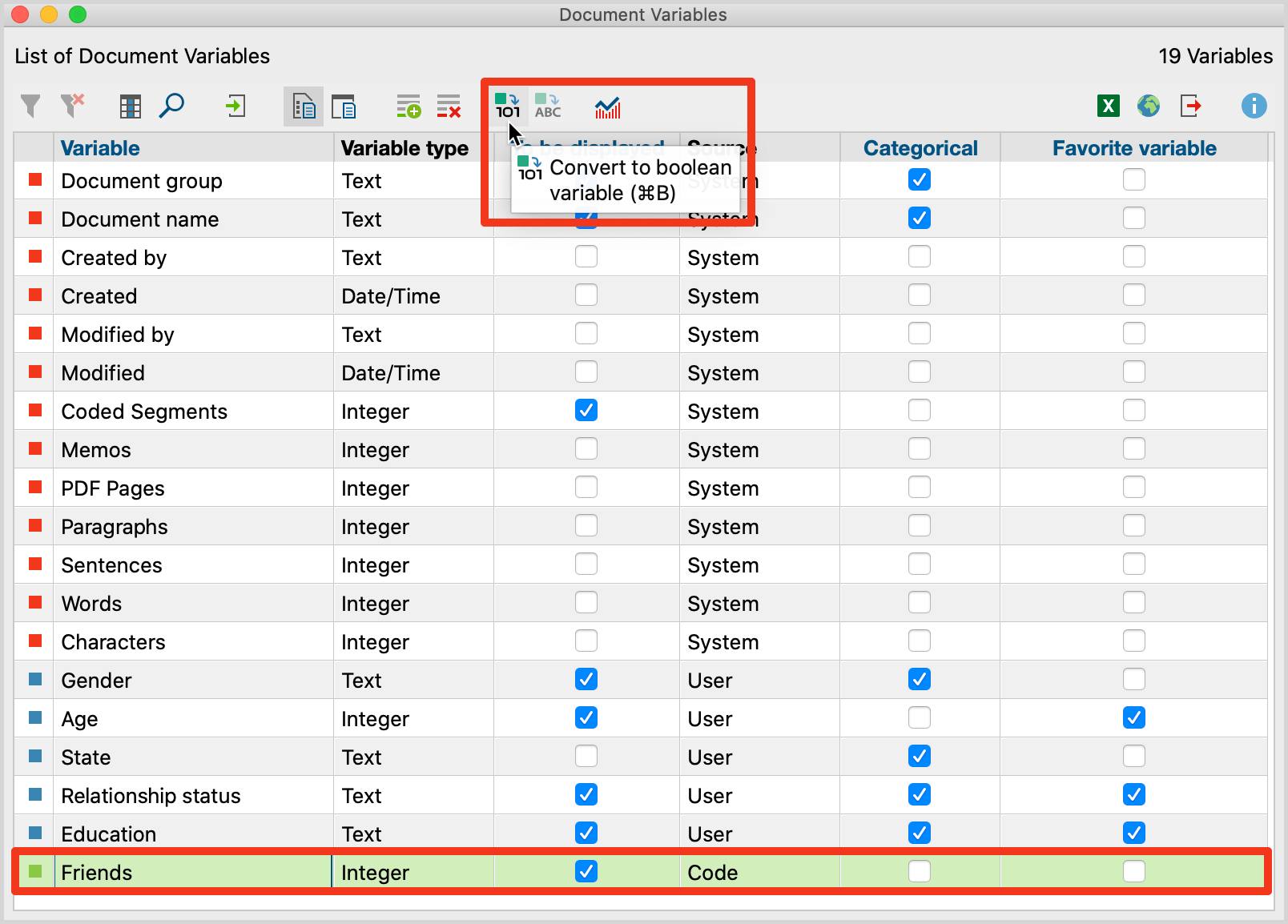