There may be some special codes in the “Code System” window:

Working with coded segments (of text, images, and videos) and the “Code System” is a central aspect of computer-supported analysis. This work is usually not done automatically by the software, but rather is controlled by the researcher, although this often requires a significant amount of time. The “Code System” is shown as a tree structure on the screen. A triangle symbol before the code name indicates whether or not a code contains subcodes. You can expand or close the sub-categories by clicking on this triangle. 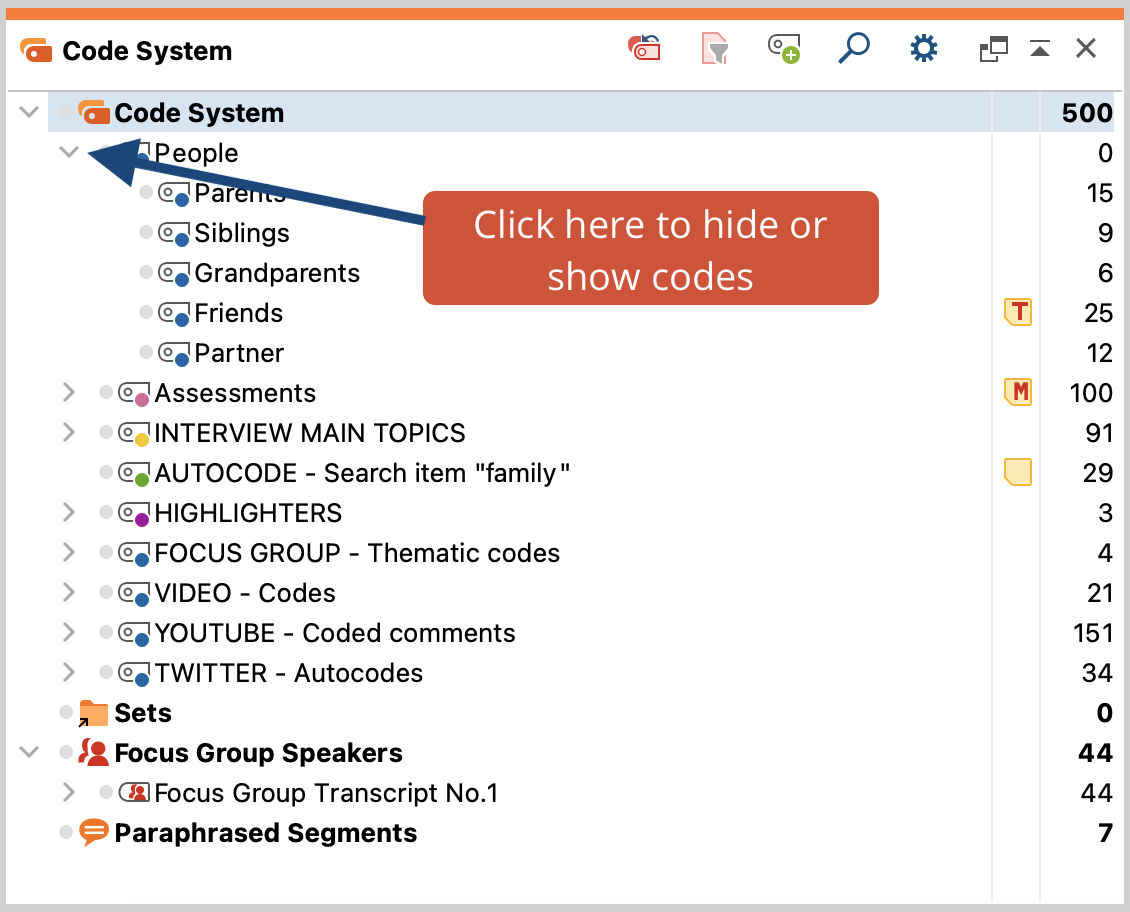 Tip: With the function Collapse all Subcodes, which is accessible from the context menu of the top-level of the “Code System”, you can conveniently collapse all codes so only the top level codes will be visible.

Display codes in activated documents only – reduces the display in the “Code System” window to codes that have been assigned to at least one of the activated documents. To preserve the hierarchy structure of the code system, not assigned parent codes are included if necessary.

Settings – opens a dialog with locally relevant options (see below).

In addition to using the toolbar to access functions in the “Code System,” you can also use the context menus that appear when you right-click on various icons in the window (e.g., on a code or the “Code System” icon, etc.).

You can export the “Code System” at any time. There are two locations in the menu to start the export:

Alternatively, you can right-click on the top entry in the “Code System” window and select Export Code System from the context menu.

A variety of export formats are available, e.g., the code system can be exported as a Word file or as an image file.

Tip: When exporting as an image file, the code system is exported as it is currently visible, which means, for example, that all collapsed codes are shown as collapsed codes and expanded codes are shown as expanded.
<![endif]-->
We use cookies to improve your experience on our website. By clicking OK or by continuing to browse the website, we’ll assume that you are happy with their use. Click here to review our Cookie Policy. OK