The “Code Co-occurrence Model” serves to visualize the co- occurrence of codes as a network structure. The same three modes as for the Code Relations Browser and the Code Map are available for the analysis of the co-occurrence:

The subcodes of the selected codes can be included in the model.

The following example shows the structure of the model: 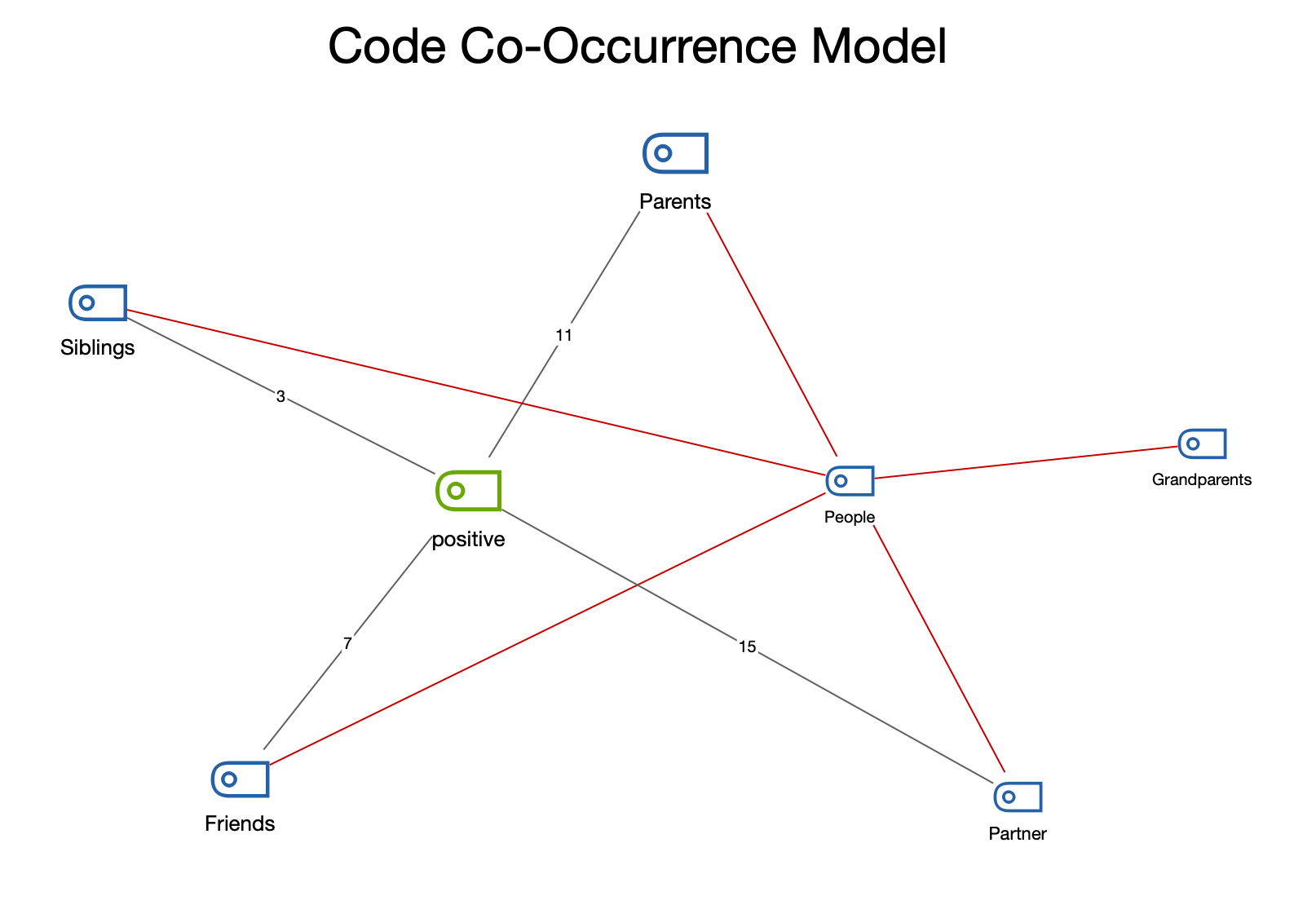 After the code selection has been completed, the following option dialog appears: 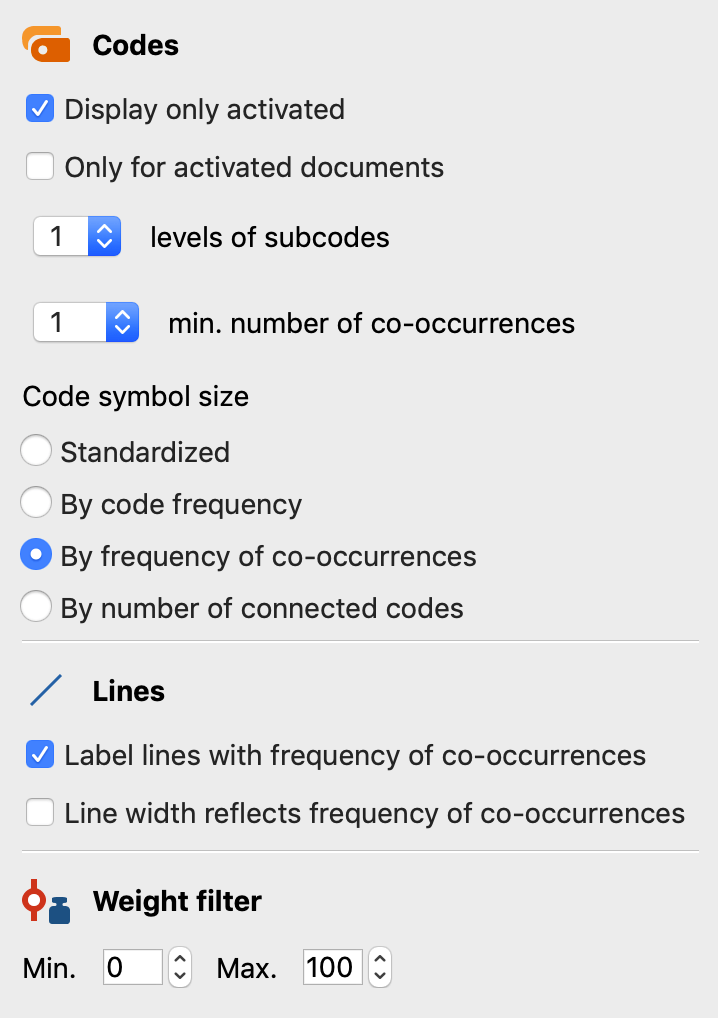 X levels of subcodes – You can choose whether and up to which level subcodes are included (0 = do not display subcodes; 1 = include only the direct subcodes; 2 = also level 2, i.e. include the subcodes of the subcodes etc.).

X min. number of co-occurrences – If the number set here is not reached, the connection is not drawn. So only connecting lines between codes are shown, which occur together at least as often as defined here.

Code-symbol-size – You can select here whether all codes should be displayed in the same size or whether the analysis results should be taken into account for the code size. With the option By frequency of overlapping coded segments, the system evaluates how often the code occurs together with other codes, i.e., the sum of the numbers on the connecting lines is taken into account. The option By frequency of overlapping codes evaluates how many other codes on the map a code has relations with, i.e. how many connecting lines a code has.

Label lines with co-occurrence frequency – If this option is enabled, a number is displayed on the connecting lines between two codes indicating how often the two codes occur together.

Line width reflects co-occurrence frequency – Select this option to make connecting lines between codes with many relations appear thicker than between codes that are less common.

Options for codings to consider

Weight filter – By selecting a range of segment weights, the entire representation can be limited to encodings of a specific relevance. If, for example, the range is set to 80 to 100, only those overlaps will be taken into account for the representation where the segment weights lie within this required range.

Tip: You can also access the model directly from the “Code System” by right-clicking on a code and selecting Code Model > Code Co-occurrence Model (Code Intersection).
<![endif]-->
We use cookies to improve your experience on our website. By clicking OK or by continuing to browse the website, we’ll assume that you are happy with their use. Click here to review our Cookie Policy. OK