Helpmenu
...
...
Download This Chapter Complete Manual
Are you using MAXQDA TeamCloud? This function is already integrated into the TeamCloud workflow and is therefore not available while working with team projects.

The “Merge projects” function causes all elements of a second project to be added to a project you currently have open. To do this, follow these steps:

3. Select the second project from the file dialog window, which will be in the form of an MX22 file. 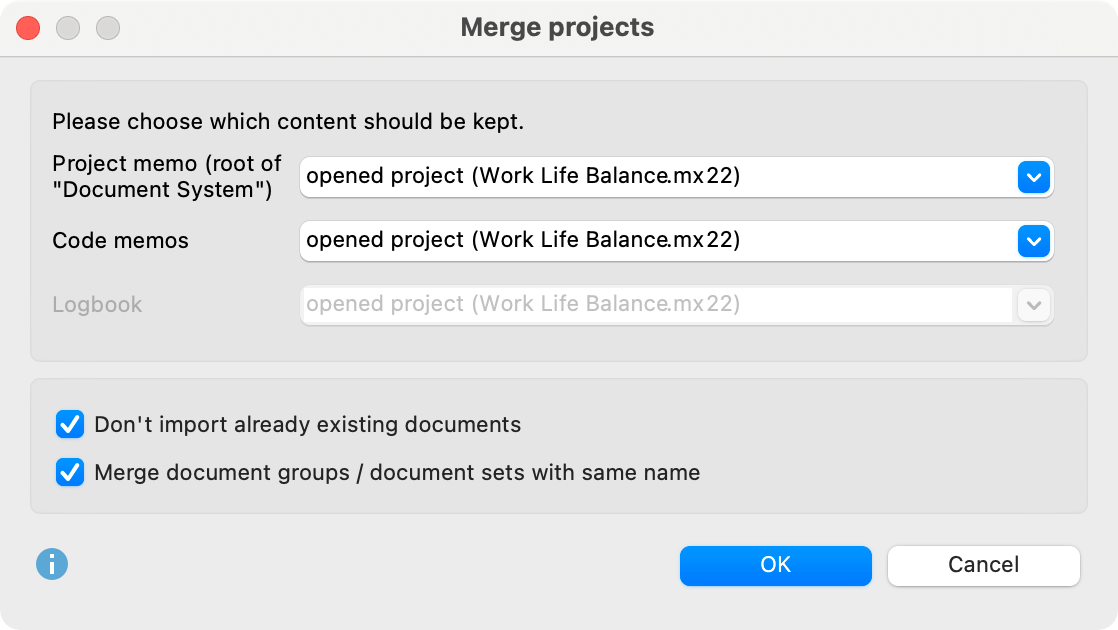 In the bottom section, two options are available that allow you to determine how MAXQDA should handle documents whose identical name already exists in the project: