Click on the gear symbol in the “Code System” and the following options dialog will appear with local settings options: 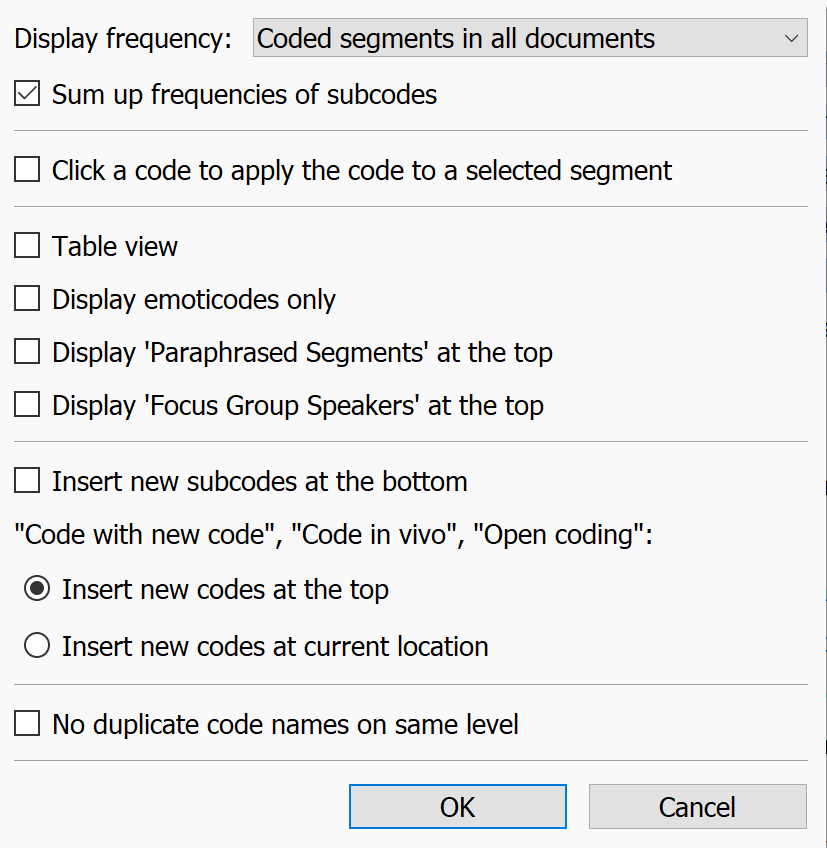 Display frequency of – here you define what the numbers behind the codes should indicate. The setting does not refer to the entries “Paraphrased segments” and “Focus group speaker” in the code system. Is reset to the setting Coded segments of all documents when changing projects.

Table view – Switches from tree view to tabular view of all entries in the code system. Will be turned off when changing projects.

Display only emoticodes – if this option is enabled, only emoticodes are displayed in the code system and all other entries are hidden. Will be switched off when changing projects.

No duplicate code names on same level – this option prevents codes with the same name from being generated at the same hierarchy level. 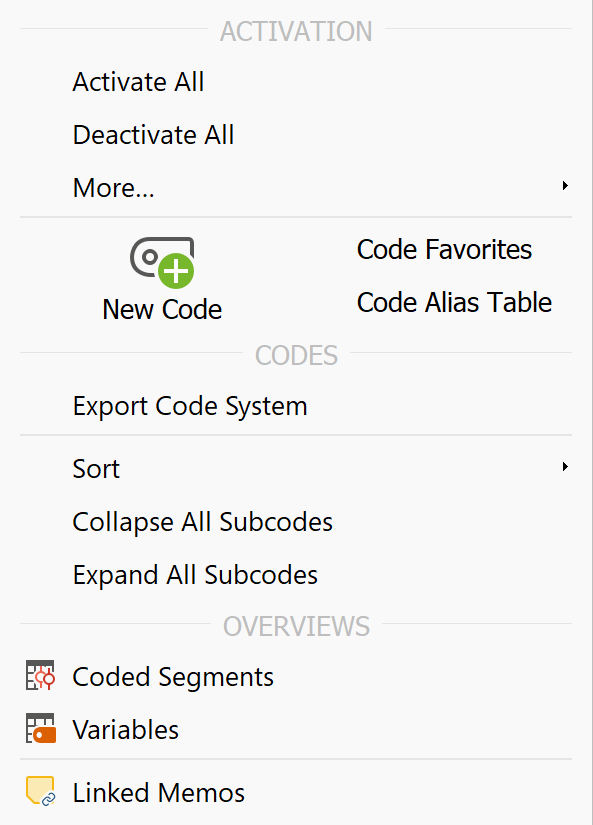 Activate All– activates all codes in the entire “Code System”.

Deactivate All– deactivates all codes in the entire “Code System” (except focus group participant codes).

More … > Load Activation – code activation status will be imported from a file previously created in MAXQDA.

Sort – sorts all subcodes of the current code by alphabetical order or by code frequency.

Collapse All Subcodes – for a better overview all subcodes are reduced so that only the codes at the top level are visible.

Expand All Subcodes – all subcodes are expanded to give a quick view of all codes in the Code System.

Coded Segments – lists all coded segments in the entire project in table form in the Overview of Coded Segments.

Variables – the complete data matrix for code variables is displayed. 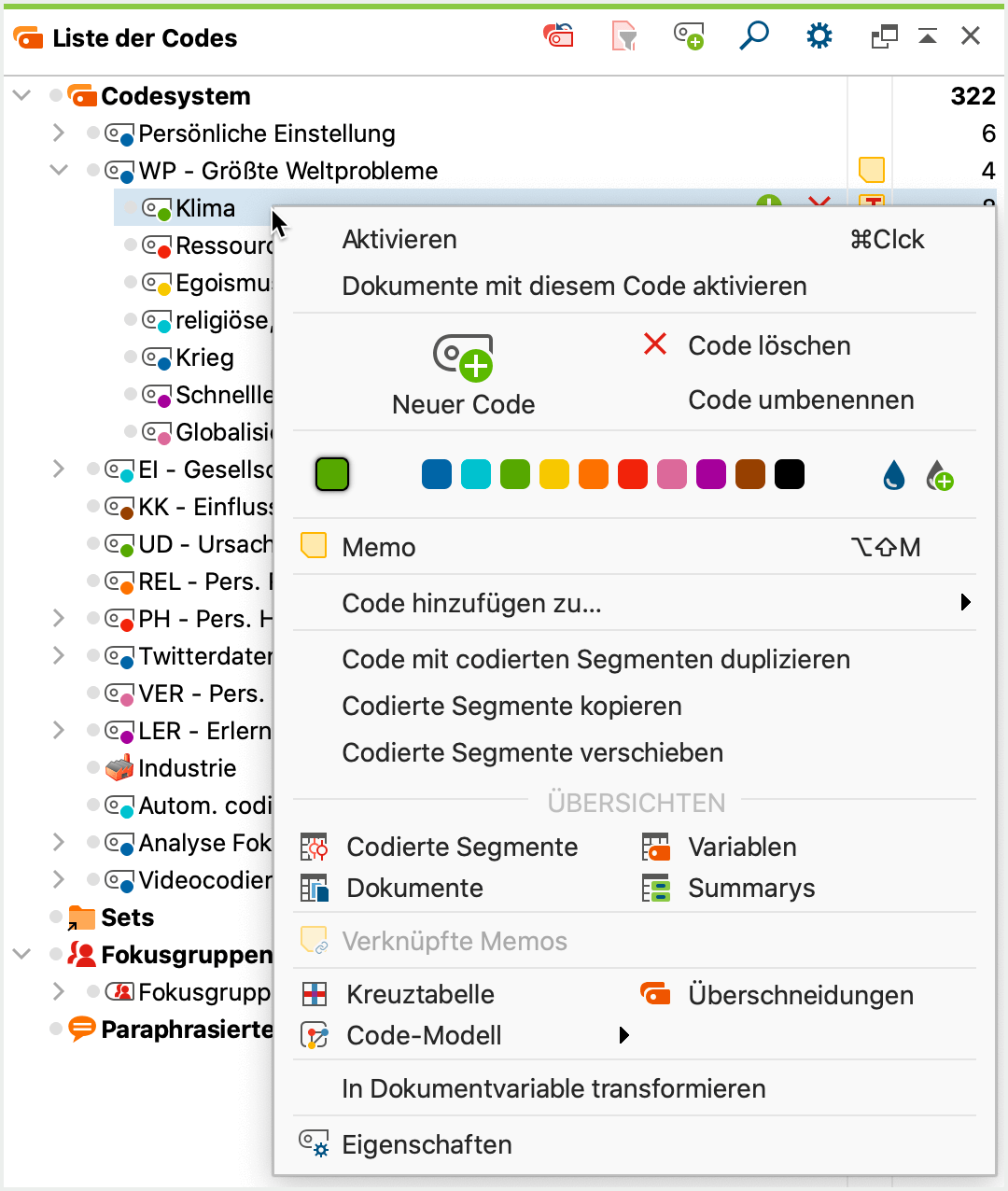 Delete Code (and Subcodes) – the selected code is deleted. In the alternative view of the “Code System” as Table, several codes can be deleted simultaneously. When a code is deleted, every association to coded segments will be deleted. Subcodes will also be deleted. The removal of codes from a code system can be visualized as the cutting of branches from a tree: when a branch (code) is cut, all attached subcodes and subcodes of subcodes are also cut off.

Memo – creates a memo for the clicked code. If a memo already exists, it is opened.

Add Code to … > Code set – the selected code is included in a new or existing code set..

Subcodes > Sort – sorts all subcodes of the current code by alphabetical order or by code frequency.

Subcodes > Copy/Paste – copies all subcodes so that they can be pasted into another code.

Duplicate Code with Coded Segments – Creates a copy of the code below the clicked code, including the associated encoded segments.

Documents – opens the Overview of Documents with all of the selected documents in which the code was used.

Variables – opens the Data Editor with all code variables of the code and its subcodes.

Summaries – lists all summaries in the entire project in table form in the Overview of Summaries.

Code Model – opens MAXMaps and creates a map with the chosen Code Model.