The first column contains the profile picture, the second the Twitter name and real name of the author. When you first open the window, no profile pictures will be displayed – you can display them via clicking on the Profile pictures icon. The pictures are loaded and gradually displayed. If an image has already been loaded for an author, it will be used; the image loaded will not be updated if it has changed in the meantime. Some authors have not posted an image on Twitter.

The number in brackets behind the filter always refers to the total number of all analyzed tweets on the basis of that filter. This means that it will remain constant, even if you turn on several filters. The current number of listed tweets is displayed at the top of the menu tab. 150 (2,000) means, that 150 of 2,000 tweets in total are displayed.

Most frequently used words – Lists the most common words in descending order. Internet links and mentioned accounts will be ignored. All the words currently contained in the stop list for the word cloud will also be filtered out. 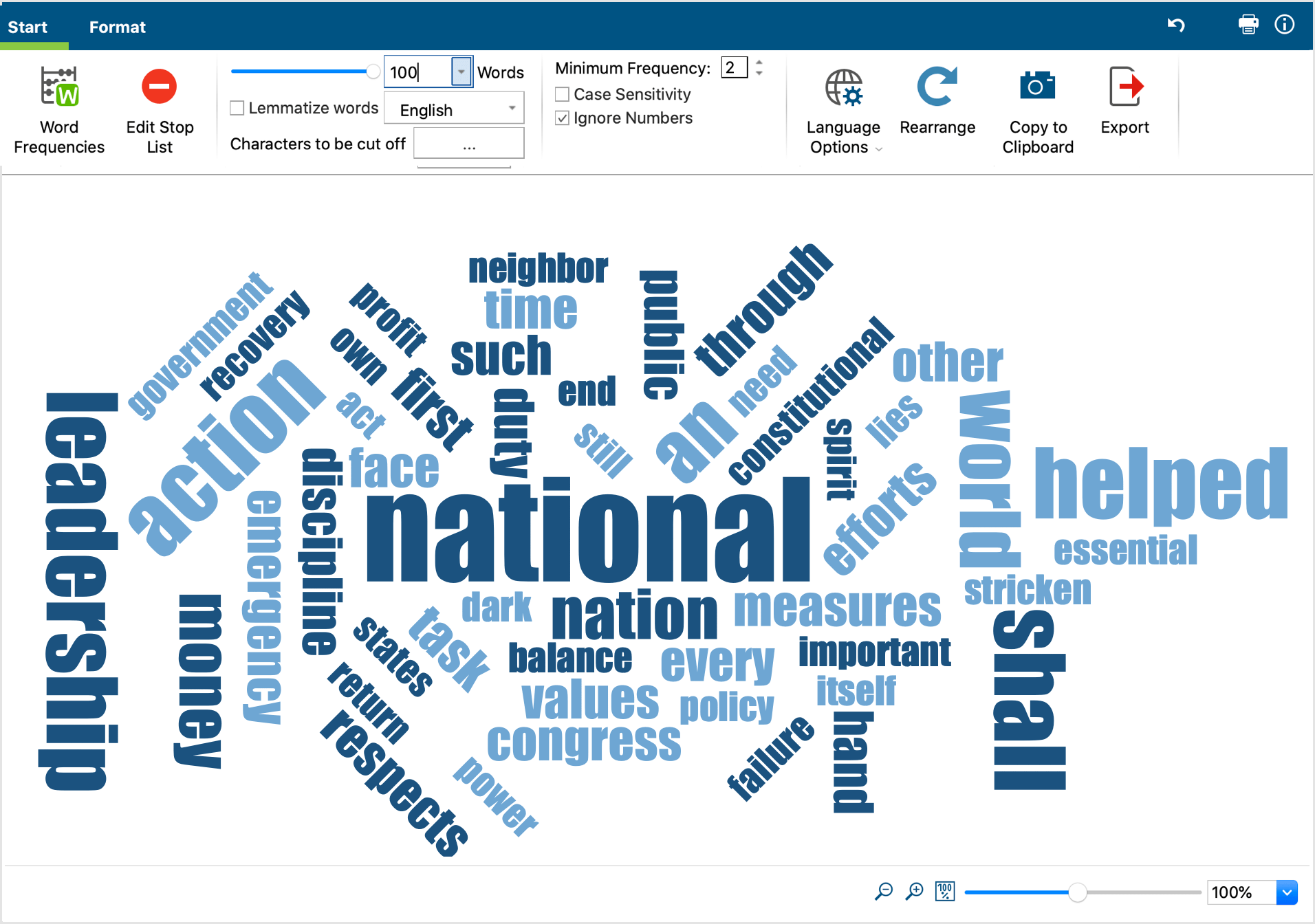 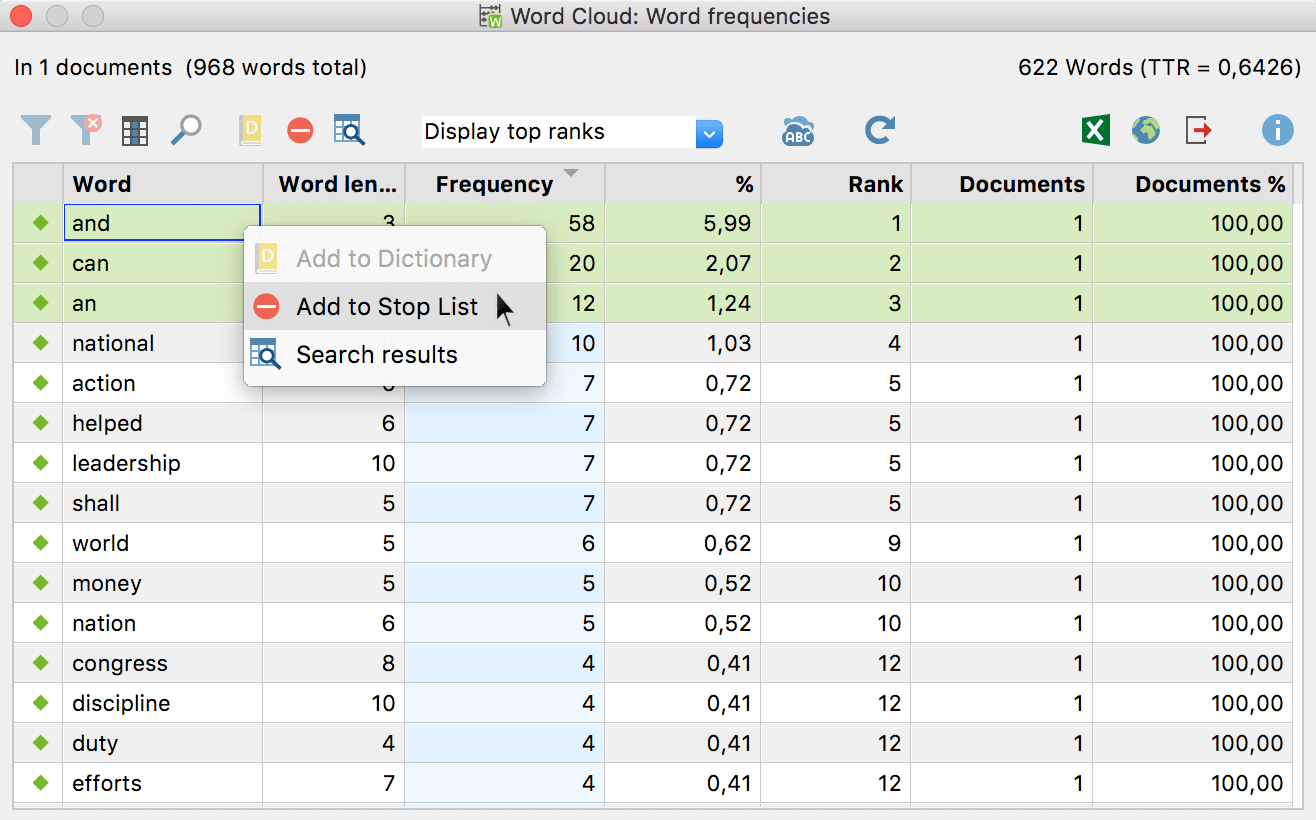 Tip: In MAXDictio, the add-on module for word-based analysis, you can manage various stop lists and always transfer these words to your “stop list for word clouds”. 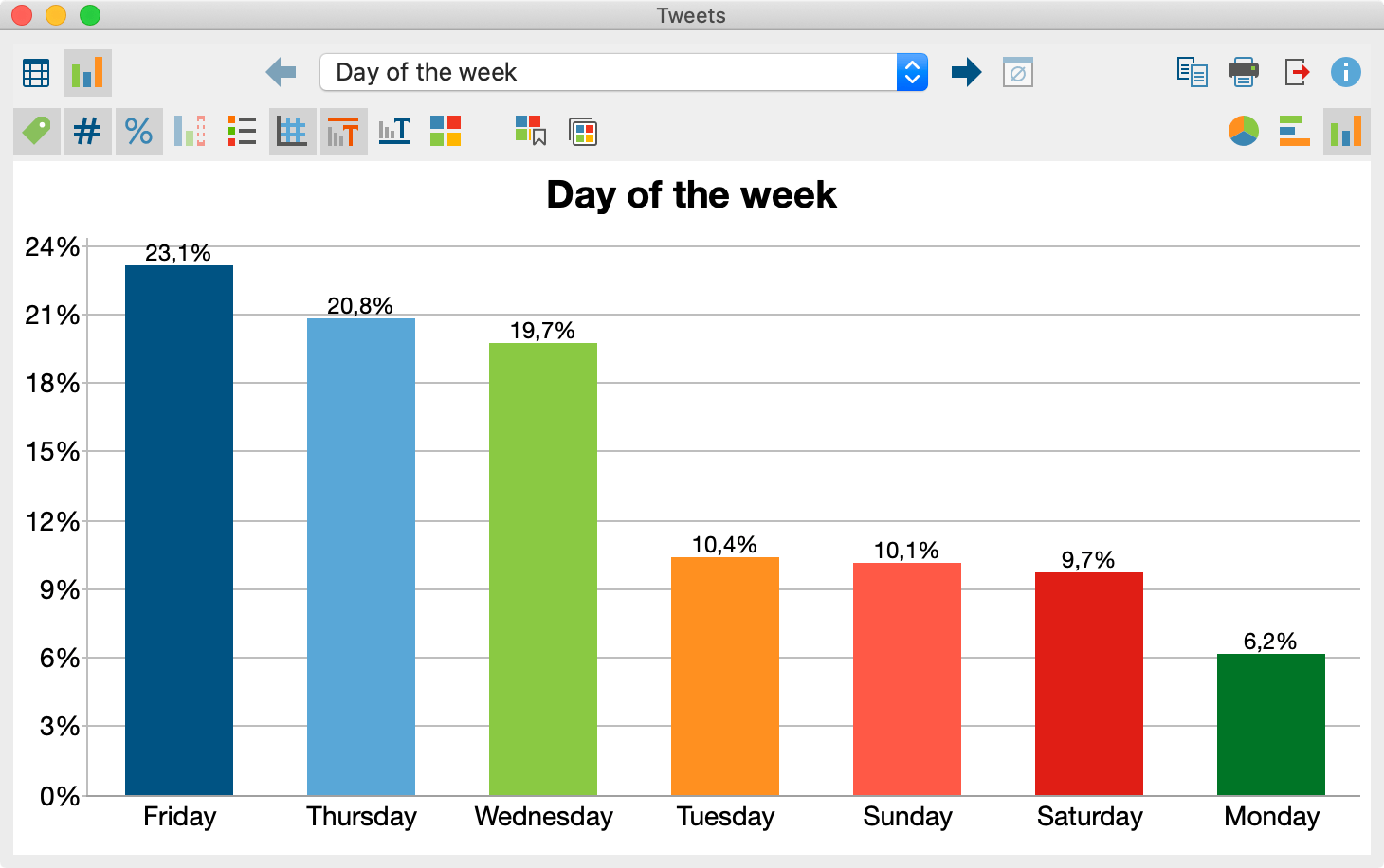