Display emoticodes only /  Display codes and emoticodes – reduces the display in the “Code System” window to emoticodes.

Change to standard view – switches between tree view, and table view of the code system. 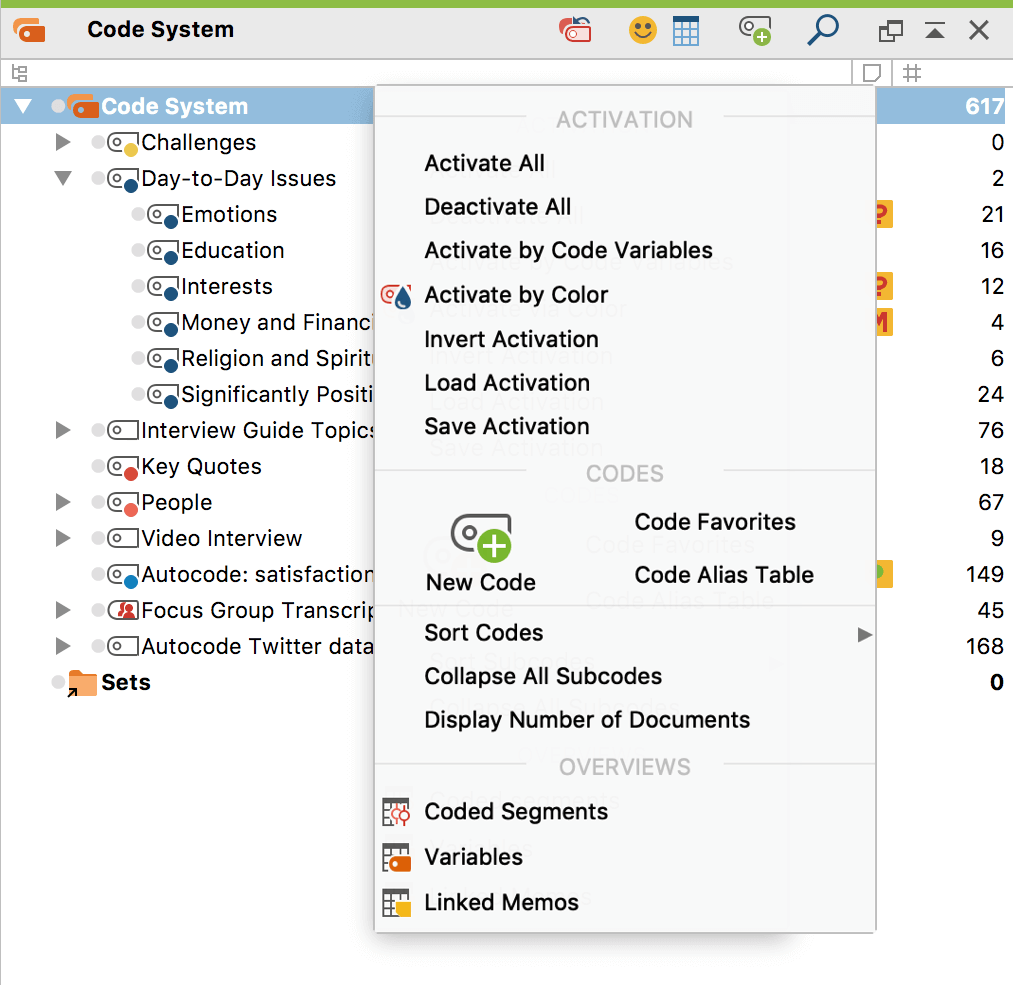 Activate All Codes – activates all codes in the entire “Code System”.

Deactivate All Codes – deactivates all codes in the entire “Code System” (except focus group participant codes).

Activate by Color – allows activation based on code colors.

Load Activation – code activation status will be imported from a file previously created in MAXQDA.

Sort Codes – sorts all subcodes of the current code by alphabetical order or by code frequency.

Reduce All Subcodes – for a better overview all subcodes are reduced so that only the codes at the top level are visible.

Overview of Coded Segments – lists all coded segments in the entire project in table form.

Overview of Variables – the complete data matrix for code variables is displayed.

Overview of Linked Memos – lists all memos that are linked to any code in the “Code System.” 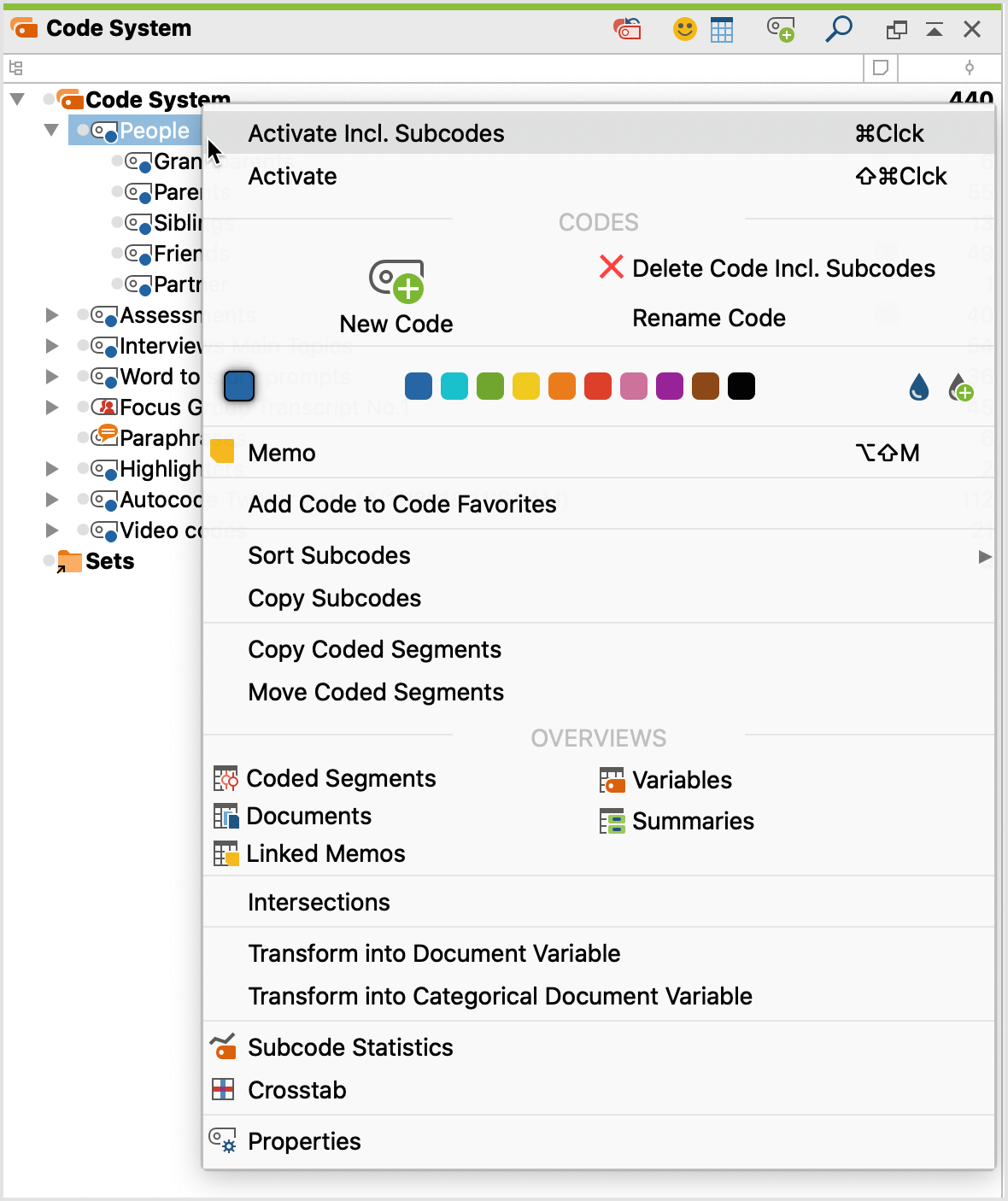 Delete Code (and Subcodes) – the selected code is deleted after confirmation. In the alternative view of the “Code System” as Table, several codes can be deleted simultaneously. When a code is deleted, every association to coded segments will be deleted. Subcodes will also be deleted. The removal of codes from a code system can be visualized as the cutting of branches from a tree: when a branch (code) is cut, all attached subcodes and subcodes of subcodes are also cut.

Memo – creates a memo for the current code.

Sort subcodes – sorts all subcodes of the current code by alphabetical order or by code frequency.

Copy Subcodes – copies all subcodes so that they can be pasted into another code.

Overview of Coded Segments – opens a table with all coded segments coded with the current code, offering an overview of the text and image segments assigned with the code.

Overview of Documents – opens a table with all of the documents in which the code was used.

Overview of Linked Memos – opens a list of all memos that are linked to the current code.

Overview of Variables – opens a table with all code variables of the code and its subcodes.

Overview of Summaries – lists all summaries in the entire project in table form.