Select New Model > Code Theory Model and drag a code from the “Code System” into the map. A dialog window with model options opens up: 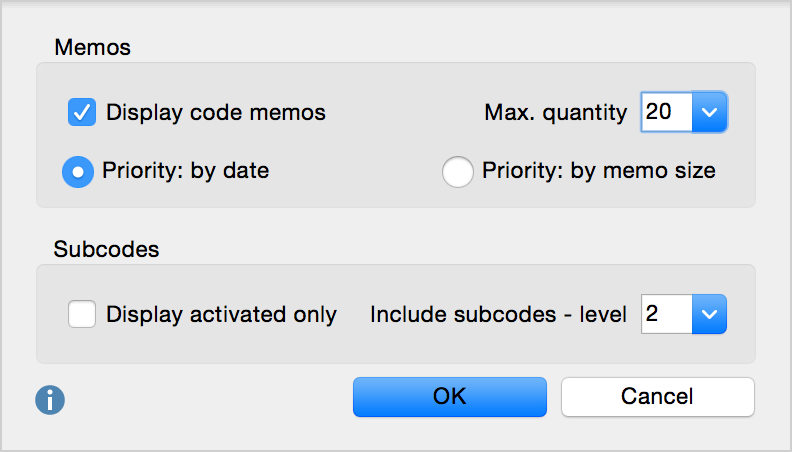 Display code memos – If this box is checked, code memos from the “Code System” are included in the map.

Display activated only – You can limit the visualized subcodes by only displaying those activated in the “Code System.”