Another teamwork feature in MAXQDA is the option to merge two projects. The “Merge projects” function causes all elements of a second project to be added to a project you currently have open. To do this, follow these steps:

3. Select the second project from the dialog window, which will be in the form of an MX18 file. 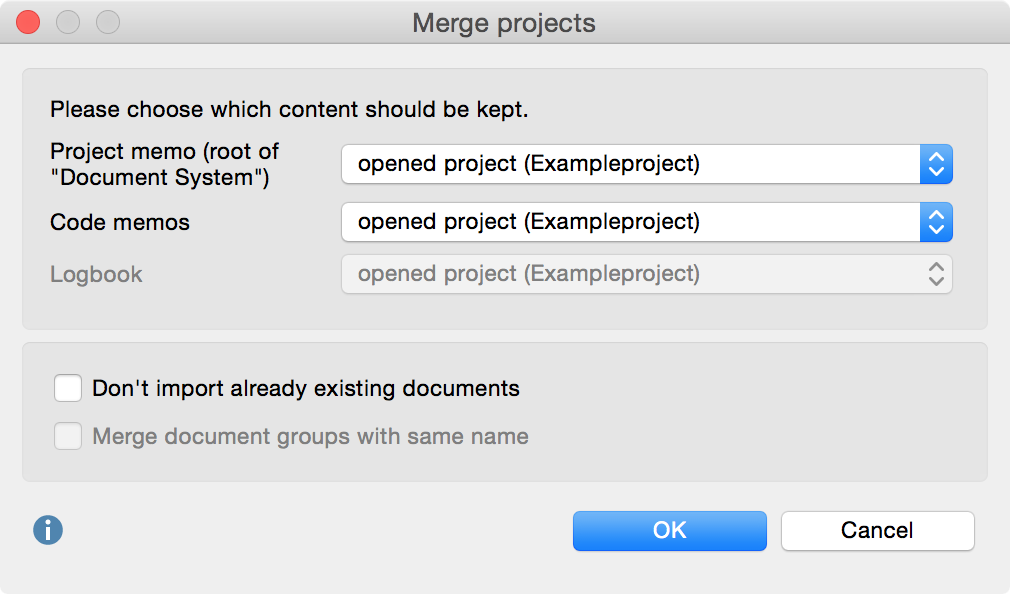 In the bottom section, two options are available that allow you to determine how MAXQDA should handle documents whose identical name already exists in the project.