Working with coded segments (of text and images) and the “Code System” is a central aspect of computer-supported analysis. This work is usually not done automatically by the software, but rather is controlled by the researcher, although this often requires a significant amount of time. The “Code System” is shown as a tree structure on the screen. It looks like the file/folder system in Windows Explorer or Mac Finder with which you are likely familiar. A plus or minus sign before the code name indicates whether or not a code contains subcodes. You can expand or close the sub-categories by clicking this button. 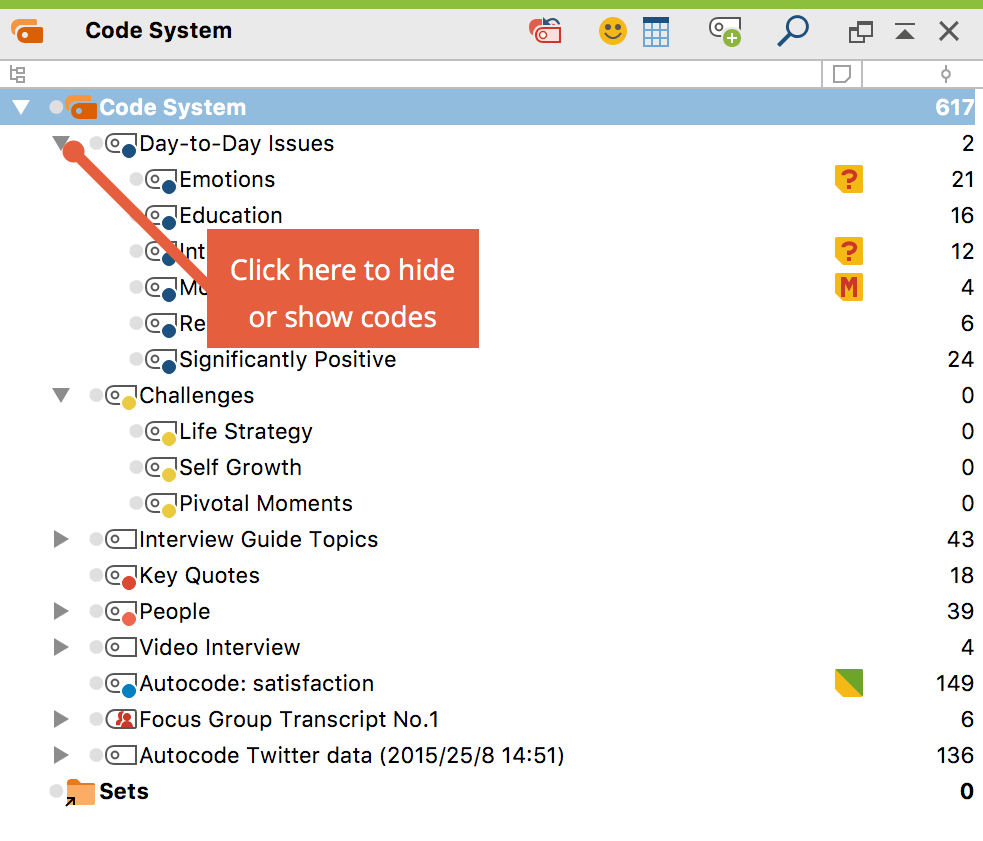 Tip: With the function Collapse all subcodes, which is accessible from the context menu of the top level of the “Code System”, you can conveniently collapse all codes so only the top level codes will be visible.

Display emoticodes only /  Display codes and emoticodes – reduces the display in the “Code System” window to emoticodes.

Change to standard view – switches between tree view, and table view of the code system.

In addition to using the toolbar to access functions in the “Code System,” you can also use the context menus that appear when you right-click on various icons in the window (e.g. on a code or the “Code System” icon, etc.).