MAXQDA Stats can read Excel files of the following structure, which corresponds to that of the Data Editor: the column headers contain the variable names, and the cases form the rows: 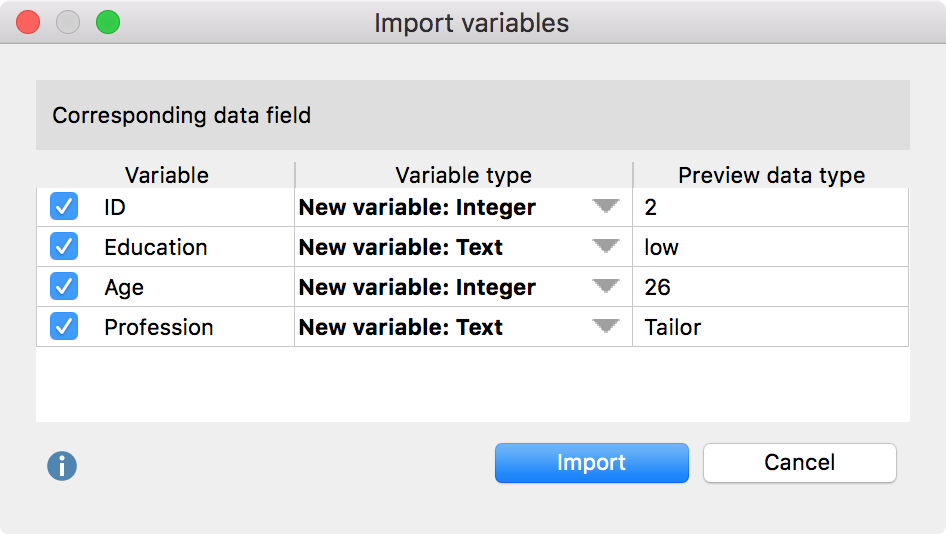