With MAXQDA Stats you can perform calculations with selected variables and codes and store the result in a new variable. To begin the calculation, select the function Transform > Compute Variable from the Stats main menu. The following window will appear: 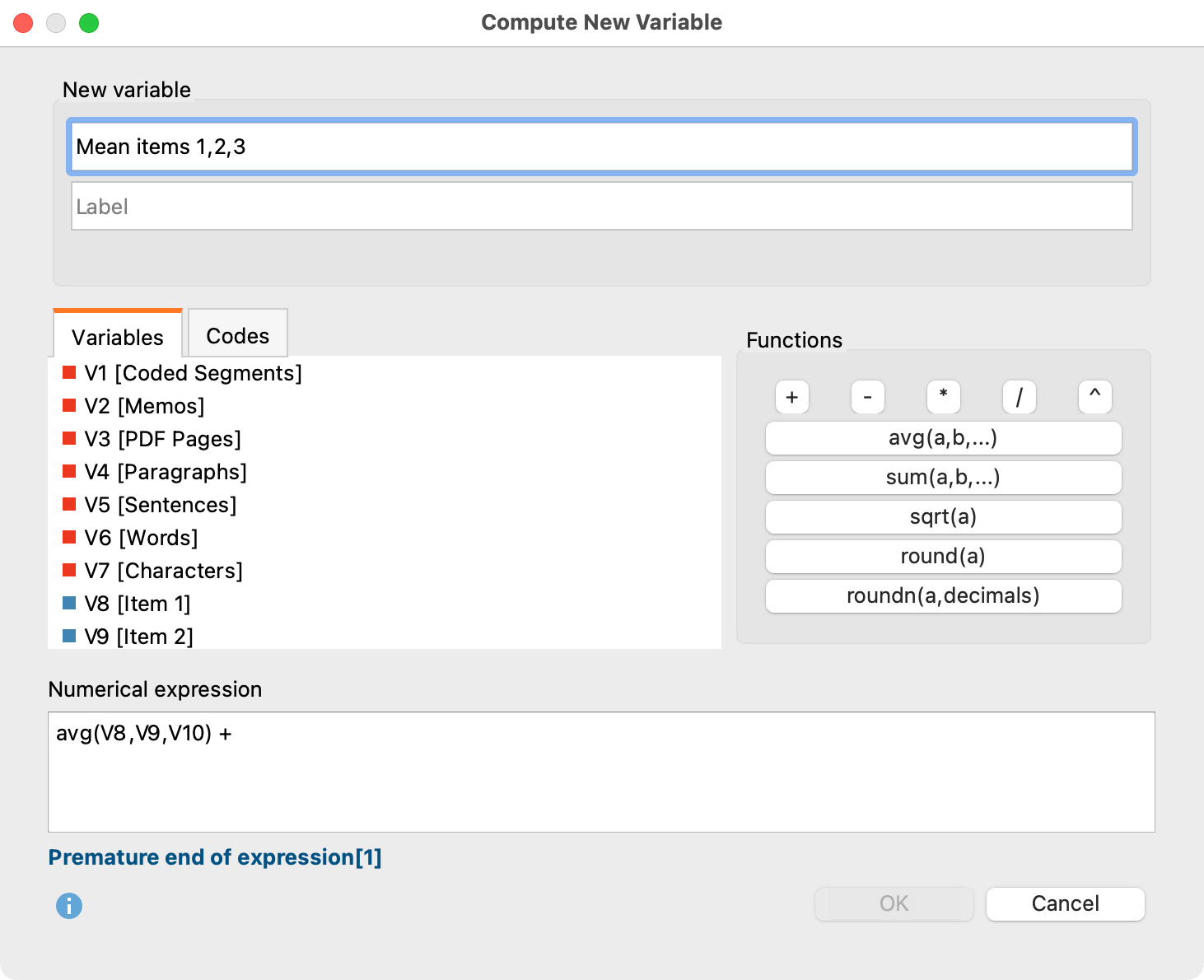 In the “Variable” section, all “Integer” and “Decimal” type variables are listed. All variables are numbered consecutively from “V1” to “Vn”, with the variable name (or the label if present) enclosed in square brackets. When proceeding with the calculation, the identifier must be inputted as displayed in the screenshot above.

If you are working with a MAXQDA project in Stats, a “Codes” tab is also displayed. All codes are numbered consecutively with “C1” to “Cn” and can also be integrated into the calculations.

Tip: Double-clicking a variable or code will insert it into the current cursor position, so they do not need to be entered manually.

In the right-hand pane, “Functions”, frequently used functions including the applied syntax are listed. Click the function buttons to insert the function in the calculation pane. 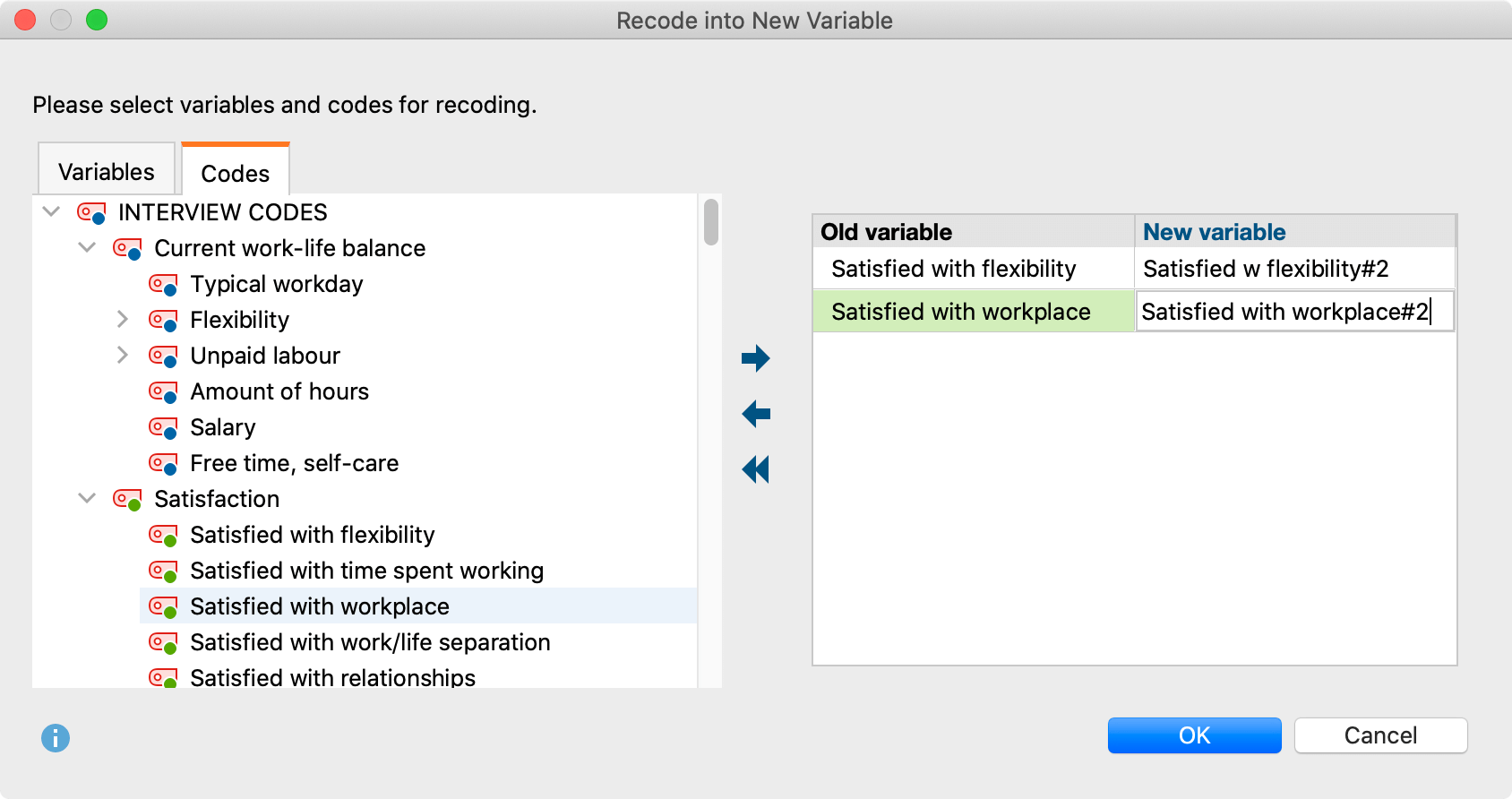 Recoding into the same variable is performed in the same way as recoding into a new variable, from the menu Transform > Recode into Same Variable. However, for this procedure only variables, not codes, can be selected, and naturally the definition of a new variable name is omitted.