Begin the search for word combinations via the function MAXDictio > Word Combinations in the ribbon menu. The following dialog window will appear: 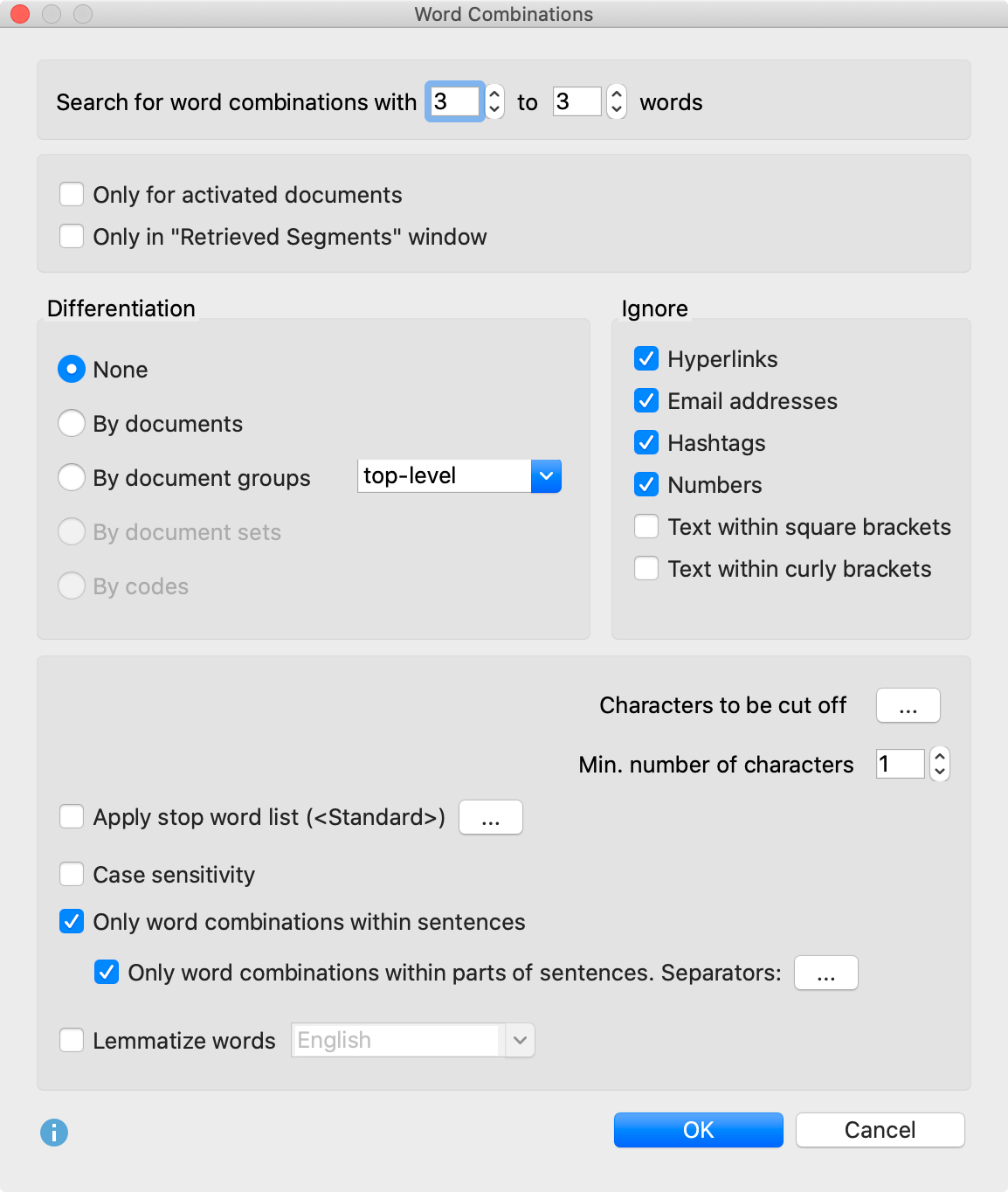 If you want to ignore certain word combinations from the analysis, such as Email adresses or hashtags, select the corresponding entries from the Ignore list.

Apply stop word list: Check this box to apply a stop list. Clicking on the button with 3 dots (…) will open the stop list window where stop lists can be selected and edited.