Traditionally, historical research made modest use of qualitative data visualisation methods, instead focusing on crafting written narrations (Topolski, 2012). However, such a data storytelling strategy, albeit methodical and grounded in the sources, was directed at erudite audiences and often lacked transparency for non-specialists (Zervanou et al., 2014).

At the time, these two geographical regions were tightly connected through cultural exchange, both in times of peace as well as during numerous military conflicts. Starting from the turn of the 14th and 15th centuries, they also developed similar martial culture reflected and preserved to our times in many so-called „fight books” – manuscripts written by martial arts experts. Although these highly-specialised and hermetic texts may have had some didactic functions, many scholars postulate that their primary purpose was to serve as showcases and means of auto-promotion of fighting masters seeking employment at aristocratic courts (Deacon, 2016).

In my Ph.D. thesis, I investigate one of such texts, a fight book which is presumably the oldest work of this genre written in German. This led me to ask questions about its authorial intent and intended readership and then to run a comparative study aimed at verifying the hypothesis about these texts’ auto-promotional or, so-to-say, marketing function.

For this study, I selected only those fight books which contained a clearly separated preface or dedication where the authors would disclose their motivations and target audiences. Hence, I ended up with a body of sixteen documents downloaded from Wiktenauer – the most up-to-date online repository of scans, transcriptions, and translations of fight books.

I decided to use MAXQDA for this research, for the first time in my academic career, because of two reasons: First, I was inspired by a well-written and informative article on discourse analysis with MAXQDA by Katsiaryna Yadchanka. I also wanted to facilitate and quicken the necessary coding and qualitative content analysis. The blog article by Katsiaryna Yadchanka provides a very good and concise introduction to the most useful relevant tools offered by the software.

Here, I will not double up on her remarks and, although I used the functions described by her extensively – I will limit myself to sharing those solutions which are specific for working with historical documents. It seems justified since historical texts, unlike interview transcripts discussed by Yadchanka, did not follow a questionnaire predefined by the researcher. Rather, they emerged in an organic way, following cultural patterns of their own time and place, and thus they require a very careful, bottom-up approach in order not to impose any preconceptions on them already at the pre-coding stage.

The first step in my study was, therefore, to perform a preliminary exploration of the sources even before pre-coding them. MAXQDA offers very intuitive tools for analysing word frequencies which provide a good way to enable the sources to „speak with their own voice” (Fig. 1). For instance, it enables identifying those documents which may be skewing results of word frequency exploration/analysis due to their length or a particularly high accumulation of certain words or phrases.

In my case, I had two sets of documents – one for the 15th and the other for the 16th century – both of which contained a single document that was much longer than the rest. By including or excluding them in Word Frequency charts, I obtained different results. Similarly, some words that placed high in frequency charts were featured only in single texts and thus were of no bearing for a study aimed at a cross-case rather than within-case analysis (Fig. 2).

Figure 1. Word frequency chart (MAXDictio). The data on words (1), word frequencies (2), and word distribution in documents (3) can be useful in the preliminary exploration of the source base.

Having cleared my source base by flagging those documents which would potentially distort my results, I could proceed to further exploration aimed at tracing differences in narrative patterns between the two chronological sets of texts selected for my study. Again, the tools offered by the MAXDictio package proved very useful (Figs. 3–4).

For instance, one of the early findings in my case was that while both the 15th- and the 16th-century texts referred to fencing and wrestling as an „art”, only in the latter they were called a „knightly art”. An interesting pattern, especially given that the 16th-century fight books were written not by knights but burghers and came from a time when the traditional medieval way of combat, based on armoured mounted warriors, had already become largely obsolete.

By completing this preliminary overview of the sources, I gained some familiarity with their content and was ready to start coding. Through several rounds of recoding, assisted with the Creative Coding and MAXMaps tools discussed by Yadchanka in her entry, I developed a system of thirteen codes. Again, comparing their frequencies between the sets of documents suggested some interesting trends.

Of course, differences in such percentages have no significance as understood in statistics, however, they point to areas worth further qualitative exploration, especially when some codes appear often in one set while being entirely absent from others. In my study, this was the case for the codes „decline of art” and, to a lesser degree, „good old times” and „reason: changes in warfare”. In combination with the differences in frequencies of other codes – „art improves” and „lower class” – it suggested a shift towards narrations accentuating the past rather than the present relevance of martial arts (Fig. 5).

Further exploration of this hypothesis involved re-reading relevant passages in order to pinpoint the rhetorical strategies used in each case. However, this was made much easier – as well as much more clearly visualised – through the use of Codelines targeted at particular sets of codes. For instance, tracking jointly three codes – „upper class” „lower class”, and „decline of art” – suggested that the 16th-century nostalgic narrations lamenting the deplorable state of martial arts and reminiscing the glory of the days of yore coincided with an important change in the target audiences stated by fight book authors in their prefaces/dedications: they started to emphasise that not only nobility (upper class), but also burghers and other non-nobles (lower class) could and should learn the „knightly art of combat” (Fig. 6).

Figure 6. Codelines (MAXQDA Analysis) targeted at specific codes enable a deeper understanding of the thematic patterns within sets of documents. Key to colours: (black) fragments coded as indicating upper-class members as intended readers of the document; (brown) members of the lower class as intended readers; (red) fragments lamenting over the decline of the art of combat.

All in all, the tools offered by MAXQDA not only helped me identify nostalgia that permeated the later fight books – something I did not expect on the basis of the existing relevant literature (Deacon, 2016) – and demonstrate how it was capitalised on by the fencing masters crafting their auto-promotional narratives, but MAXQDA also proved very useful for making my arguments and conclusions clear and approachable to academic and non-academic audiences.

Such visual solutions as Document Portraits (Fig. 7), as well as others described above, served me very well during interdisciplinary seminars and conferences at which I had to present my research not only to experts (historians), but also other specialists from diverse backgrounds, including exact sciences. Based on their feedback, especially the latter found this way of presenting historical research fresh and convincing since unlike traditional historical narrations it is demonstrably data-driven. 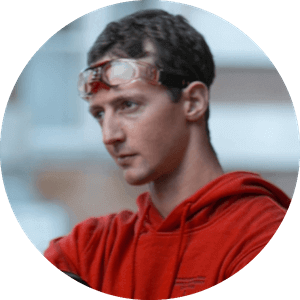