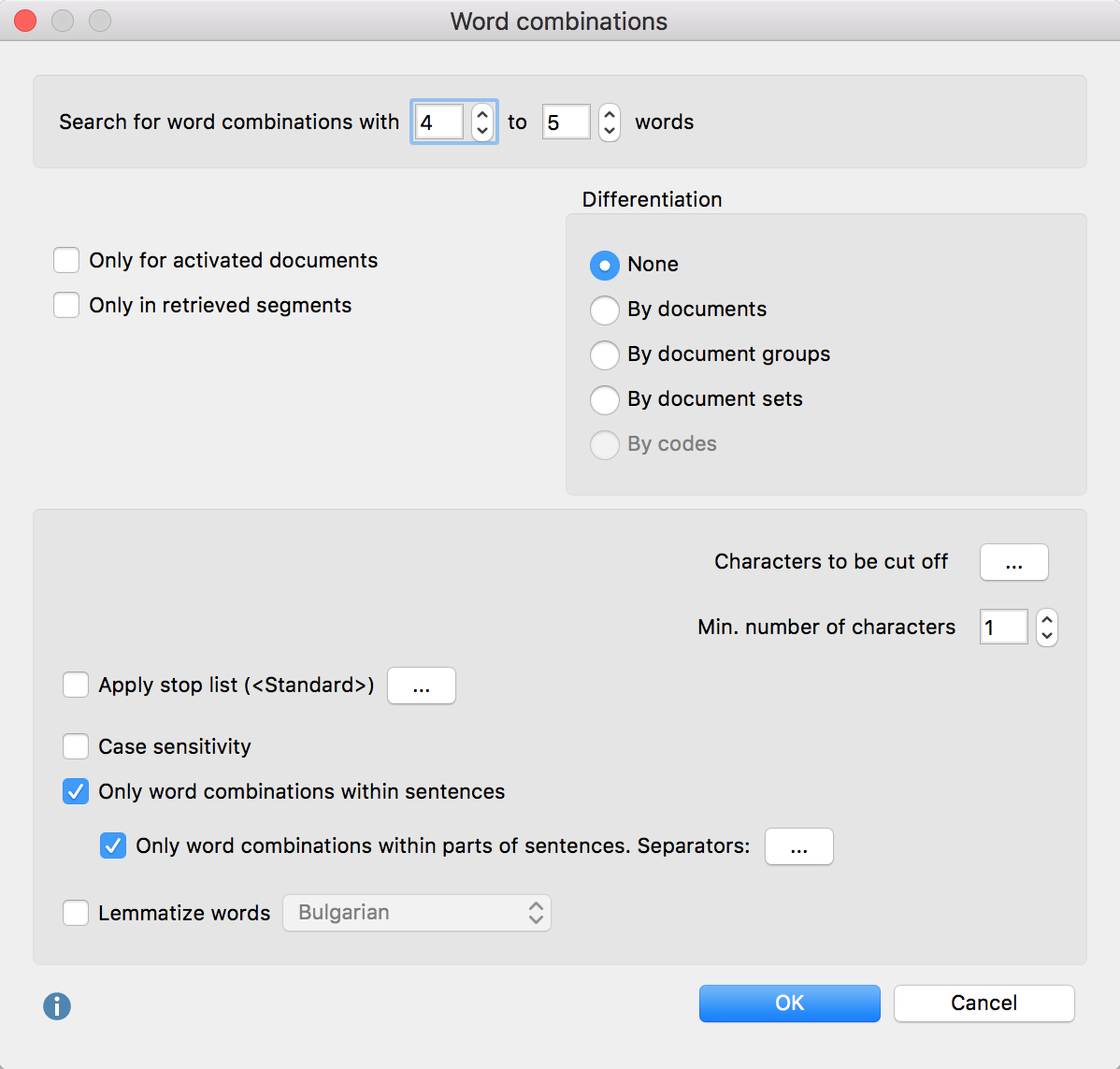 Apply stop list: Check this box to apply a stop list. Clicking on the button with 3 dots (…) will open the stop list window where stop lists can be selected and edited.

Interaction of lemmatization and stop lists