This article provides an overview of my research on the printed media of the Soviet food industry. My research compares a “new worker” propaganda image constructed in the main newspaper of the sector and the newspapers published by confectionery companies in Soviet-era Moscow.

Illustration from the newspaper “Nasha Pravda”, 1929. A “new worker” in the food industry”

The article deals with the problem of forming the image of a “new worker” in the food industry of the USSR. The notion of a “new worker” is linked to the broader problem of the formation of a “new Soviet person”. In research by L. Mazur, the “new worker” is defined as the “new Soviet person” in production (Early Soviet Society as a Social Project, 1917–1930s. Р. 2 Soviet society: Culture, Consciousness, Behaviour / ed. by Liudmila Mazur. Ekaterinburg, 2019. p. 234.). The “new Soviet person” is viewed in this book as one of the integral links in the complex processes of “socialist construction” — the experience of “designing an “ideal” society, largely based on utopian ideas about communism.” (Ibid. p. 378) The author of the article adheres to this definition.

The 1930’s Printed Media of the Soviet Food Industry

The 1930s were the period of implementation of the First and Second Five-Year Plans in the food industry of the USSR. A major challenge in the development of the industry in 1928-1937 was the large number of unskilled workers. The print media of the food industry were faced with the task of re-educating these newcomers and forming them into workers of a new type.

Company and industry journals were one of the channels through which ideological influence was exerted on society. The industry press served as the coordinator of socialist construction at the level of a particular industry. The factory newspapers endeavored to shape certain moods and patterns of behavior at the level of individual factories and establishments.

The research is based on the materials of the newspaper “Pishchevik” (“Za pishchevuyu industriyu”, “Pishchevaya industriya”), which was the main print organ of the sector, and the periodicals of the confectionery factories “Red October” (“Nasha Pravda” newspaper), “Rot Front” (“Za boyevyye tempy” newspaper) and “Babaev Factory” (“Babayevets” newspaper). During the 1930s, these enterprises were among the most powerful and well-known food production facilities in the USSR.

The purpose of the article is to identify commons and to determine the features in the coverage of the process of forming a “new worker” in the sectoral and factory press of the food industry during the First and Second Five-Year Plans on the basis of thematic content analysis of the periodicals.

The methodological basis of the research is the method of thematic content analysis with MAXQDA, that has worked well with the historical press. MAXQDA’s analysis tools helped me to fully achieve my research goal.

The sample included articles with the biographies of the best workers, which were taken from the first page of every first issue of the newspapers from October 1928 to the December 1937 (146 articles in total). After digitization, the sample was transferred to MAXQDA.

Coding the Sectoral and Factory Newspapers

A system of codes and indicators was developed to analyze the image of the “new worker” in the newspapers. It was created by a combination of the analysis of the frequency dictionary of the newspaper texts and an expert assessment of the main elements of the studied texts in the course of their repeated reading (close-reading).

Results of the third round of coding in MAXQDA

MAXQDA’s Code Coverage function revealed that an average of 43,3% of the text volume in the sample was coded.

Code Matrix Browsers for all newspapers under consideration were created in MAXQDA.

The study of the codes’ frequencies in the texts of newspapers showed that their common feature was the desire to form positive attitude towards active participation in socialist competition, the work of the party and the Komsomol, and towards raising the cultural level.

Using Code Clouds for Analyzing and Visualizing the Newspapers

The Code Clouds have shown that the factory newspapers presented a woman in the image of a “new worker” more often than the sectoral newspaper. This distribution of gender codes is explained by the fact that the staff of the confectionery factories was predominantly female. For example, in 1933, at the “Rot Front” factory, 90% of the workforce were women. In 1935, the percentage of female employees in the entire food industry was only 45.1%.

The codes co-occurrences were considered for the analysis of semantic connections among the qualities of a “new worker”. The study used the Code Relations Browser function with the following settings: proximity of codes in the same document with a maximum distance of 1 paragraph.

All the factory newspapers focused on working with a female audience, giving the code woman the strongest connections with other categories. For the “Babayevets” newspaper, the primary task in covering the problem of the “new worker” was to involve women in full-fledged production, political and social work. According to the newspaper “Za boyevyye tempy”, the most important semantic element of the articles about the “new worker” was the participation in socialist competition. “Nasha Pravda” sought to involve the workers in participation in socialist competition and party life to raise their cultural level. The sectoral newspaper cited youth and participation in socialist competition and the work of the Komsomol as the most important characteristics of the “new workers”.

Thematic content analysis with MAXQDA helps to show the similarities and differences in the content of the sectoral and factory periodicals of the Soviet food industry in 1928–1937 on the problem of forming a “new worker”. For the factory newspapers, the “new worker” was a young woman striving to raise her cultural level and fully participate in production and social life. The sectoral newspaper considered young men and women, active participants in socialist competition and Komsomol work, as the examples of “new workers”.

Differences in the image of the “new worker” in the sectoral and factory press reflect the specificity of these periodicals. The newspapers of the confectionery factories were designed to be read by the collectives of these enterprises, where women predominated. The target audience of the sectoral newspaper included workers from all enterprises and subsectors of the food industry. Men predominated in the gender composition of the food industry in the USSR, therefore the sectoral newspaper addressed them, too. The general orientation of the food industry periodicals to involve young people in active participation in production processes shows their unified focus on the formation of a “new worker” capable of coping with the tasks of the industrialization. 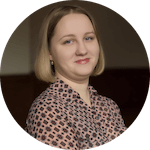 Natalia Soloshchenko is a PhD candidate at the Department of Historical Information Science at Lomonosov Moscow State University, Russia. Her thesis focuses on investigating the role of factory and sectoral periodicals in processes of food industry development and the construction of a “new Soviet worker”. Learn more about her research in her previous blog post.