I am happy to be writing my second and final Field Research Diary entry on my research journey with MAXQDA. As part of my Master thesis, I conducted research on the topic: “Dalit women and Access to Justice – An analysis of accessing justice for the survivors of gender and caste-based discrimination in rural Uttar Pradesh, India”.

In my first diary entry, I presented how Dalit women, at the intersectionality of gender and caste, face severe discrimination, including limited access to the justice system. A rising resistance within the Dalit community stands up against the injustices they are facing and claim their right to social justice.

In this fieldwork diary entry, I want to share how I have used MAXQDA to analyze my data. Alongside semi-structured interviews with Dalit women, human rights defenders, and other stakeholders, I also conducted two focus group discussions. Focus groups are a qualitative research method in which people are informally interviewed in a group setting. Usually, around six to twelve people participate in a typical focus group discussion. The researcher facilitates the discussion but tries to be non-directive; he or she should facilitate a discussion that is not dominated by one person but that gives all participants an equal chance to speak (Neuman, 2011, pg. 459).

For this research project, two focus group discussions were carried out. The first discussion took place in a suburb of Varanasi with a women’s group. This group addresses problems in their community, such as low school enrollment, alcohol abuse by their husbands, and creating employment opportunities for women. Around seven women were present during the discussion which lasted for about an hour.

During the discussion, the women shared their experiences, challenges they were facing in the community and how they addressed these challenges collectively in their group. Here, the discussion was very much dominated by the leader of the group, sharing how their group was addressing different issues.

The second discussion was carried out with an advocates forum at Varanasi District Court. This forum addresses caste-based crimes and supports the survivors with legal expertise. In this discussion, which lasted for an hour, ten advocates were present, as compared to the discussion in the women’s group the advocates were talking for an equal amount of time and shared their experiences.

Overview Contributions per Participant to the Focus Group Discussion

Another important tool that I would like to give attention to is the variety of visual tools available on MAXQDA. I believe that MAXQDA’s visual tools enrich and facilitate communication in research papers in terms of making a visual difference to plain texts but also contribute to the analysis, visually.

Word Cloud of prevalent words in a focus group transcript, including a stop list of deleted words

After having conducted research based on literature and a five-month field research period in rural Uttar Pradesh, India, the research came to the following results:

First, atrocities and untouchability practices are still very much prevalent in Uttar Pradesh, the most atrocity prone state in India. Here women face sexual violence, with minors being targeted in many cases and in almost all of the cases the offender is known to the survivor. Special emphasis needs to be put on the number of reported cases which represent only a fraction of all cases, with a majority of cases remaining unreported due to social stigma.

Second, the research revealed that Collective Action by Women’s Collectives plays an important role in accessing justice. Next to that, the research found that other structures of Collective Action play an essential role in accessing justice for the survivors. Those are, in this case study, the Advocates forum that provides legal support to the survivors, a local NGO working on the grassroots level and connecting the different stakeholders as well as the national organization NCDHR who share their expertise and network at the institutional level.

Next, the research unveiled that even though the rights of the Dalit community are constitutionally secured and special legislation is in place, the reality looks quite different. There are a variety of reasons for the lack of implementation of that legislation such as lack of awareness from the side of the police and the survivors, conflict resolution at the Gram Panchayat (Village Council) level, the non-registering of cases due to social stigma, systemic overload, and collusion with dominant caste offenders. Most importantly, there is an existing caste bias within the institutions as well as the society that makes caste and gender-based discrimination a systematic problem that becomes difficult to resolve.

Nightfall at the Ganges in Varanasi, Uttar Pradesh

As mentioned earlier, this is my final post about my research journey with MAXQDA. A few months ago, I completed my research and defended it and with that successfully completed my Master in Development Management.

I would like to take this opportunity to express my gratitude for being selected as one of three recipients of the MAXQDA #ResearchforChange Grant 2019 and the support of the MAXQDA team. Besides receiving a mobility scholarship to conduct field research in rural India, I received a MAXQDA Analytics Pro Student license as well as two online training sessions with a great and skilled trainer, who taught me how to best use MAXQDA for my research. Using MAXQDA for my research has helped me in many ways, it did not only make the analysis of my data much easier but also more clear. Next to that, the different tools that the software offers helped analyze my data from many different perspectives and revealed important information.

Even though my research journey with MAXQDA has come to an end here, I am looking forward to using MAXQDA in my professional career or while pursuing further studies.

The 2019 MAXQDA grants supported research on women empowerment. In light of this, I want to end this post with the following quote that I found to be very inspiring after meeting the brave and resilient women during my research journey: 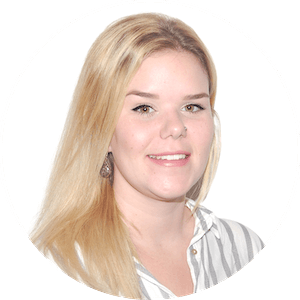 Lisa Marie van Aalst graduated with an M.A. in Development Management from the Ruhr University Bochum, Germany.
Her research project titled “Dalit women and Access to Justice – An analysis of accessing justice for the survivors of gender and caste-based discrimination in rural Uttar Pradesh, India” took place in rural areas of Uttar Pradesh, India.
Click here for further information on the National Campaign on Dalit Human Rights