Settling into the Field: Adjusting Research Strategies and Organizing the Data with MAXQDA

Many studies examine people who have moved to cities from rural communities and focus on how they support family members left behind. My doctoral dissertation project takes a different approach and looks at household life within one of these rural communities, which many young people have left in order to become urban workers. As with many like it, this particular community has become increasingly integrated into the market economy because of cash crop production, tourism, and improved basic infrastructure. My study examines how such economic changes have influenced ties between rural family members and urban workers. One of my primary interests is to investigate the interconnections between rural-urban migration and the effects on the families left behind, including labor demands and gender relations. This fieldwork diary entry will outline the first phase of my fieldwork research and address the adjustments made to my strategies both within the field and using MAXQDA.

Workers in the fields of rural China

During the first phase of my fieldwork, I recruited 20 families who agreed to participate in my research. Each household has at least one family member who is currently working as a migrant worker and most of my female interview partners in their 40s and 50s have also experienced periods of time, in which their husbands migrated in search of employment opportunities, leaving them to work alone to support their households. While most of their husbands have now returned home and work on the farm and/or as day-laborers nearby, their children have now joined the rural-urban migration. 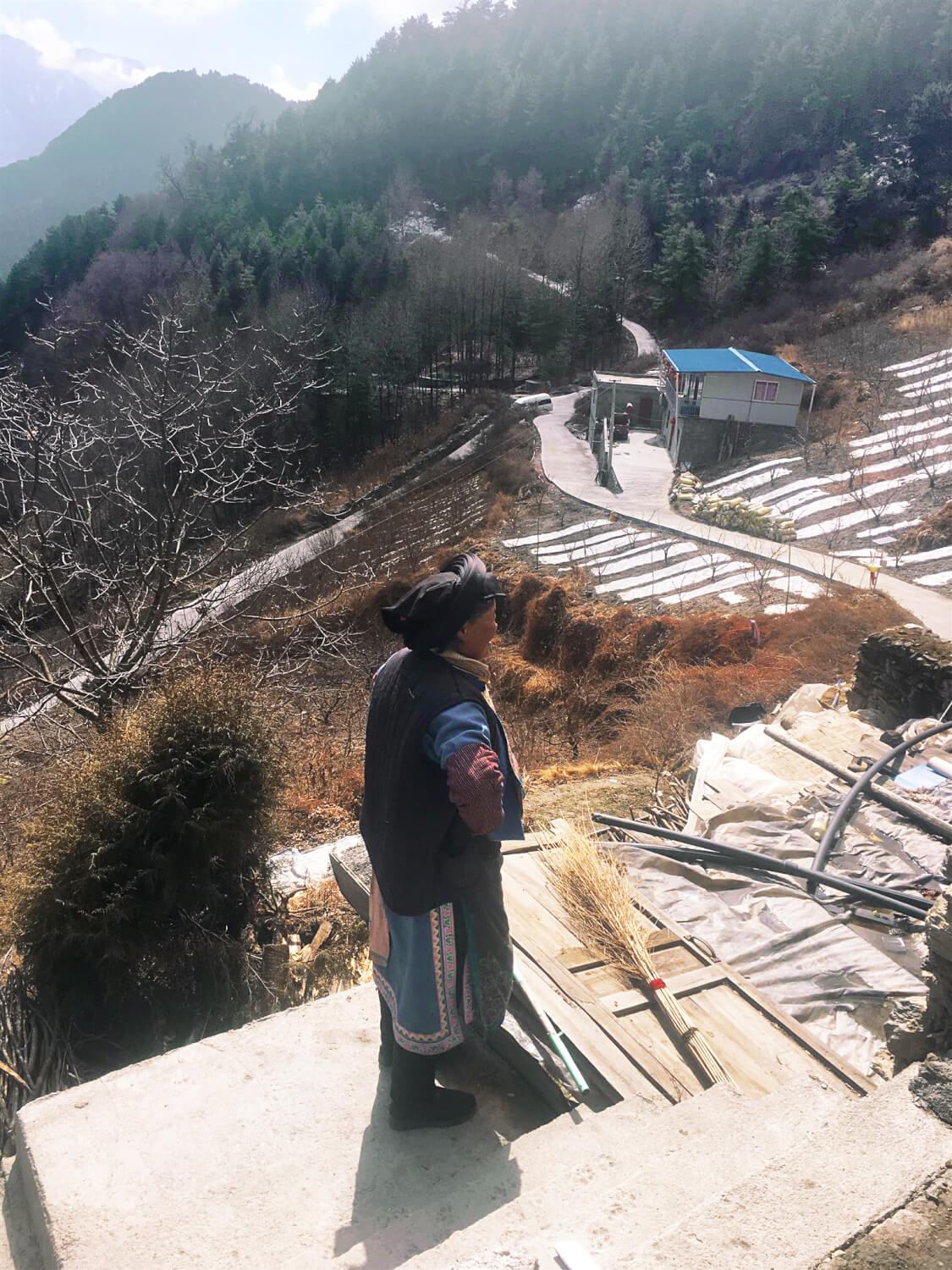 Among this generation of young migrants, all but two people are working in what are understood to be “unstable jobs”, meaning heavy labor or low-end service jobs with almost no job security. Those who have a college education are expected by their parents to work only temporarily or part-time so that they can still take and succeed in further exams, which will qualify them to become government workers or teachers at public schools. Those without college degrees are expected to either “make it” in the city or eventually return to the village to marry and stay. Most women I have spoken to so far have expressed deep anxieties about whether their migrating children could get “stable jobs”, or if they could find appropriate partners and get married.

A mother sees her son off

So far, I have used ethnographic fieldwork and oral history interviews while working with the first few households in this phase of my research. After successfully recruiting several families, I began to spend time with those who have remained in the village to work on small family farms or as day laborers. My initial strategy was to do research with one household in the village first, visit their migrant family members in the city, and then move to the next household. However, once my participant observation with one household moved into its “deep hanging out” phase, where I adapted to their tempo of life and daily routines, I found that my presence was often disruptive. Just by being with them, I interrupted their daily routines, especially during the initial stages of my research, as they were not used to me being around and always tried to accommodate me.

Once I realized that my presence was negatively impacting my research partners, I decided to renegotiate my positionality in the field by changing my data collection strategies. Instead of staying with one family for an extended period of time then moving on, I decided to visit one household for a few hours a day and move to another family the next day. This new approach not only allowed the families to finish their work without the ethnographer around, but it has also given me the opportunity to visit each family during different times of a day, while they were engaged in different activities. The downside is that my observatiosn and conversations with each household have not occured consecutively, nor will my field notes or reflections be consecutive. Moreover, working with several households simultaneously was challenging when I first adjusted my strategies, since I had to keep clear track of the characteristics of each person and their family relations.

Step One: Organizing the Data

Although it was neither easy nor ideal to follow one household at a time, I kept the household as the basic unit in the organization and analysis of data. The messiness in organizing hand-written notes, field notes, pictures, and survey data was made much more streamlined by MAXQDA. To start with, I created document groups according to households in MAXQDA. Then, I organized my field notes, interview transcripts, and memos about each household in their own folder.

Organizing the data with MAXQDA

To remind myself of the household characteristics before I went to complete a day’s observation, I created an Excel spreadsheet with the information I had collected from the brief demographic survey I conducted during the recruitment phase. I started out by organizing each household with information about one or two household members. Next, as I got to know more people from each household, I added their information to the sheet according to the household they were in. This task would have required adding new rows and groups every time, had I done it directly on a spreadsheet. Instead, I used the variable function in MAXQDA to create variables and enter the values that corresponded to the right text documents. For example, I created a relationship variable to clearly mark the relationships between the focused research participants and their family members. I also created a set of variables to record the migration status of the family members.

By using these analysis strategies, the variables I created have not only helped me organize different sources of data, but they have also made it easy to recall and compare data that contains the same variable values using the query function. For example, I can easily pull up and compare interviews between all the daughters who migrated to the cities to work.

During this stage of data collection, I have also been conducting preliminary readings of my field notes and interview transcripts. I usually use MAXQDA’s in-text memo function to type down my comments and questions about the written texts. This has helped me to reflect on what I have seen and heard as I reconstruct members’ meanings. I also use these memos to remind myself of things that I should pay attention to in future observations and add questions that I need to answer with new data.

Alongside my variable-creation and memo-writing strategies, I have also used MAXQDA’s new paraphrasing function while reading through the interview transcripts in Chinese. I paraphrased research participants’ sentences and opinions into broad topics that they talked about, and then I generated a very preliminary set of codes to identify the main topics being talked about. Whenever there are interesting quotes in Chinese, I translated them into English using the paraphrasing function.

As I move on to the next phase of my fieldwork, I am continuing to make many adjustments to my original plans and strategies that I outlined in my research proposal. Being out in the field has shown me that researching in the real world is like living in it: wonderful but also messy and complicated. What I had planned to do before I set out into the field has not always been possible and I am continually renegotiating my positionality. As I tried different ways to position myself and listen to the concerns of my research participants, I also developed a new routine for writing field notes, transcribing interviews, and jotting down analytical memos. I understand these aspects to be equally important tasks for doing a good ethnographic fieldwork, and these tasks have become more manageable for me as I gain experience and continue to explore the helpful functions MAXQDA offers.

Interviewing the ‘women left behind’

Editor’s Note
Ruijie Peng is a recipient of MAXQDA’s #ResearchforChange Grant. She is a PhD candidate in Sociology at the University of Texas at Austin, USA. Her research project titled, “Home Support in Rural-Urban Migration” includes a 12-month ethnographic fieldwork period, which began in February 2018 in China. Stay tuned for two more fieldwork diary entries by Ruijie Peng coming soon!