What is non-sexist language and does it even exist in Russia?

Non-sexist or gender-neutral language / gender-inclusive language is language that doesn’t discriminate against any gender and helps people with all gender identities to be represented in the language. (cf. Koeser & Sczesny, 2014)

Analysis of the public perception of non-sexist language seems promising, because it might shed light on the perspectives of this topic in Russia. With this goal in mind, I have conducted an analysis of YouTube comments as a part of my doctoral research.

I have analyzed the YouTube comments on two Russian videos dedicated to the topics of “gender-neutral language” and “feminitives (feminine nouns referring to people)”. As one of the most commonly-viewed websites on the internet, YouTube is often used in the course of sociological and sociolinguistic research, which was the reason for me to choose this platform for my analysis.

The analysis was conducted with MAXQDA and included five notable steps, which I will describe below.

Step 1: Importing data from YouTube and the first overview of the data

First off, I had to import the data from YouTube into the program. Fortunately, it was a very easy thing to do, because MAXQDA has a special button for YouTube import in the Import Tab. Along with importing the comments MAXQDA automatically autocodes them according to the number of responses, which was very convenient for me and helped follow the discussion while coding.

Next, I wanted to get the first overview of the data and created a Word Cloud where the most frequent words were displayed. Even though Word Cloud wasn’t one of the instruments I directly implemented in my analysis, I found it useful to make the first “acquaintance” with the data and have frequently used it as a slide in my presentations on various conferences.

Figure 2: Word Cloud is a good option for creating the first overview of the data

After looking at the words presented in the Word Cloud, I started looking for other ways of summarizing my data and having various samples of contexts. One of the words you can see in the Word Cloud is феминитивы, which means “feminitives”, or words of feminine gender denoting profession, job, specialization, occupation, nationality etc. They are also the main topic of both of the videos. Therefore, I decided to autocode the word феминитив using lexical search in the “Analysis” tab. As a result, 213 contexts have emerged, which helped me to gain an overall idea of the data and start with the manual coding.

Figure 3: Memo in the code system automatically created for the autocode

Now it was time to start with “normal” coding. In my research I used an inductive category definition, which means that the categories are derived directly from the material by generalizing the material (cf. Mayring, 2015). There was no previously theoretically conceived category system.

The coding took several rounds. First, the system of categories was created after context sampling (see above) and then this system was adjusted after each round of coding. Since I was not working in a team and there was no possibility of cross-checking, multiple rounds of coding were essential for quality control. As a result, I was able to create a very detailed code system, which included codes for various arguments for and against the non-sexist language expressed by YouTube users along with subcategories and different “secondary” codes (for example, autocodes).

Figure 4: The code system included autocodes and the codes created by me

In order to finetune my code system I used the Smart Coding Tool, because it allowed me to easily assign new codes to text segments, change the code system, move the codes in the hierarchy, merge codes, or create a new subcategory. The Smart Coding Tool was also the place where I most often created memos in which I explained the meaning of each particular category and its difference from the other categories. Some of the memos later served as the basis for the text of my dissertation chapter.

Figure 5: Smart Coding Tool helped me with the finetuning of my codesystem

Figure 6: Memos were a place where I described the special characteristics of each category

After all these steps I was finally ready to analyze the results and describe the research in my thesis. All there was left to do was to export the data, which I did using the option “Export as Excel file”. For the sake of the transparency of my research this data will later be added as an appendix to my dissertation.

Overall, in the comments there were over twice as many arguments against non-sexist language than those supporting it (392 statements vs. 158). However, there may be several explanations for this, apart from the conclusion that non-sexist language is met with a negative attitude. In general, negative comments and criticism are very widespread on YouTube (cf. Chambers & Bichard, 2012), therefore the mere number of the comments is not very informative.

Of the nine counter-arguments from the present work, five are consistent with the classification proposed by Parks and Roberton (1998), which means that there are some commonalities between the discussion in Russia and in other countries. 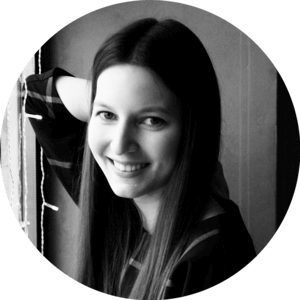 Daria Almeskirchen is a PhD candidate at the Department of Slavic and Hungarian Studies of the Humboldt University of Berlin and a scholarship recipient of the Friedrich Naumann Foundation for Freedom. This research is part of her doctoral thesis titled “Representation of gender in different styles of the Russian language”.