The journey from a specific manuscript to a published book, which is received and analyzed in reception, may be long and complex. It becomes even more complex in a region where manuscripts are often burnt, writers disappear, and ideologies modulate the way art is supposed to be seen.

Such is the case in Central Europe and this is why I have decided to study the reception of the most intimate documents in literature, life-writing, in the most voyeuristic times that have ever been – our current time. The goal of the project is to examine how life-writings by authors dealing with the problems of gender, sexuality, and disabilities gradually gained their place in the Central-European literary field.

Modern times began in Central Europe with the fall of communism in 1989 and, as all of my contemporary sources are (being or already) digitalized, I asked myself a few years ago if any software could help me analyze such a large amount of data. After asking for advice from several scholars, as well as my friend Google, I found that MAXQDA is the perfect tool to help me scrutinize the reception of selected life-writings in Central Europe after 1989 in detail.

This is how I came to intertwine more traditional methods of literary analysis with critical approaches to discourse and modern software tools. Here are some results of this journey so far, which I shall continue for quite some time more to come.

My PhD enabled me to observe how deeply the reception of literary work may be influenced by the way a text was adapted to print, edited, and presented to the reader. I had the opportunity to develop this hypothesis on a wider scale in my postdoctoral research, which I have pursued for more than two years now under the title: “Bodies beyond words: corporality in Central-European Modernist life-writing through manuscripts, their patterns of edition and reception (1990–2015)”.

This research project has been made possible thanks to the International Postdoctoral Fellowship at the Université libre de Bruxelles as well as the Alexander von Humboldt Research Fellowship at the Humboldt-Universität zu Berlin.

I have decided to scrutinize every stage of the journey an intimate manuscript makes from the hands of its author to the editors, critics, academicians, readers or politicians making use of it. My project examines, in particular, how life-writings by authors dealing with the problems of gender, sexuality, and disabilities gradually gained their place in the Central-European literary field.

I analyze the manuscripts as well as the history of their publication and reception by the readers of works by:

Corporeal differences: manuscripts to editions and their reception

My central research questions are: In what manner do manuscripts relate bodily differences? How do editions reveal their initial message and to what extent do they adapt or modulate it? What roles do the trajectories of authors facing antisemitism, discrimination or infirmity, once published, play in current societies? Does the integration of their bodies in discourse question admitted aesthetic-based or ethical distinctions? To answer these questions, my research consists of three main stages:

The novelty of the project resides in:

Seizing the reception models with MAXQDA

Various methodological tools can be used to seize the ways corporeality is reflected in the manuscripts, their editions, and reception. MAXQDA plays a crucial role in the last phase of my work, especially in my research on Gombrowicz’s Kronos.

Kronos is a very particular text. Although it has recently translated into French, German, Italian, and Czech, the English edition is still lacking – the book combines laconic notes on sexual life, health, finance, and career in a chronology to be read alongside his Diary, which was published during the author’s lifetime.

As such, Kronos is not a literary text in the common sense of the term. However, thanks to a huge marketing campaign by the publisher, Wydawnictwo Literackie, as well as due to the voyeuristic curiosity of Poles, the book sold over 60,000 copies. This huge interest incited me to observe what the reception says not about Kronos as such, but about the interests of contemporary Poland in this text.

To observe how this very particular text was perceived by the journalist critique, I have established a digital repository of reviews and articles mentioning the text or its theatric adaptation, as well as interviews devoted to its publication in 2013, consisting of almost 50 texts. With the help of MAXQDA’s coding capabilities, I categorized and analyzed their content.

First, I developed an intuitive set of codes related to the possible outcome of the analysis. That is, codes revealing all the important aspects Kronos could have from an academic point of view that can be schematized into a few fundamental oppositions ranging from esthetics (text or personal document) to ethics (moral or immoral) or cultural (publishable or unpublishable).

Then, using MAXQDA’s automatic coding tools, I later examined the first set of codes using information in the documents to refine and detail my analysis observing the use of keywords and codes in a more precise context. It appeared that the first aspect of any mention of the text, implicit or explicit, consists in personal judgment (ranging from deception to more or less neutral surprise and admiration of the “courage of truth” Gombrowicz had, to quote Michel Foucault’s last lectures).

How to Code with MAXQDA

Visualizing the Analysis of Kronos with MAXQDA’s Visual Tools

Thanks to MAXQDA’s visual tools, I could compare portraits of different documents to see literally, and in color, how the proportions between different aspects of Kronos were commented on by the authors. This was a simple exercise, yet very stimulating for further interpretation.

Various statistical data on code frequency, the proportions they gain in a given text, and the relation to those towards my corpus enabled me to propose three fundamental models on the Polish reception of Kronos (see the screenshot above). Then, with the help of MAXQDA’s MAXMaps feature, I visually examined the interpretation proposed.

Visualization of the Kronos’s reception in Poland (2013) using MAXMaps

The map (see screenshot above) may seem somewhat unorthodox from a methodological point of view, but its goal is to combine the narrative of an interpretation with mixed methods of text analysis. In other words, it reflects both the most important aspects observed by the authors in Kronos and the reconstructed narrative structure of their interpretation (how precise its given realizations in the concrete texts may be).

I have described the three models in detail in the article “Une trop bruyante intimité ? Kronos de Witold Gombrowicz et sa réception polonaise” to be published this year in Revue des Études slaves. 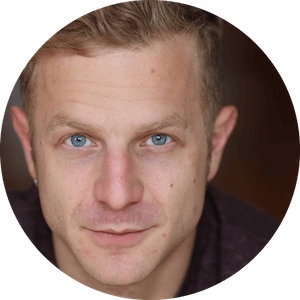 Mateusz Chmurski is the Associate Professor of Slavonic Studies at the Faculté des Lettres, Sorbonne Université. He graduated in Polish Literature, Art history and Slavonic studies at the University of Warsaw and Université Paris-Sorbonne and conducted his doctorate under joined supervision (2008-2012). International Postdoctoral Fellow at the Université libre de Bruxelles (2016-2017), Humboldt Research Fellow at the HU (2017-2018), he has coedited several books on Central-European modernism and auto/biographical writings. His most recent publications include the monograph Journal, fiction, identité(s). Modernité littéraire d’Europe centrale (1880-1920) (2018).