This is my first fieldwork diary entry about collecting and coding sociological data in the Sundarban Mangrove forest of India and Bangladesh.

The Sundarbans are one of the most climate-vulnerable regions globally. Climate Change is unmaking lives and livelihoods in the Sundarban mangrove forest in West Bengal, India, and Bangladesh. As fields get flooded, seasons are wrong, saline ingress, farmers are no longer able to work. The absence of work creates a lack in other necessary aspects of life: access to food and stable home structures. Ideas of home and work are inextricably tied to ideas of gender, and thus climate change is permanently reshaping gender dynamics in the Sundarbans. 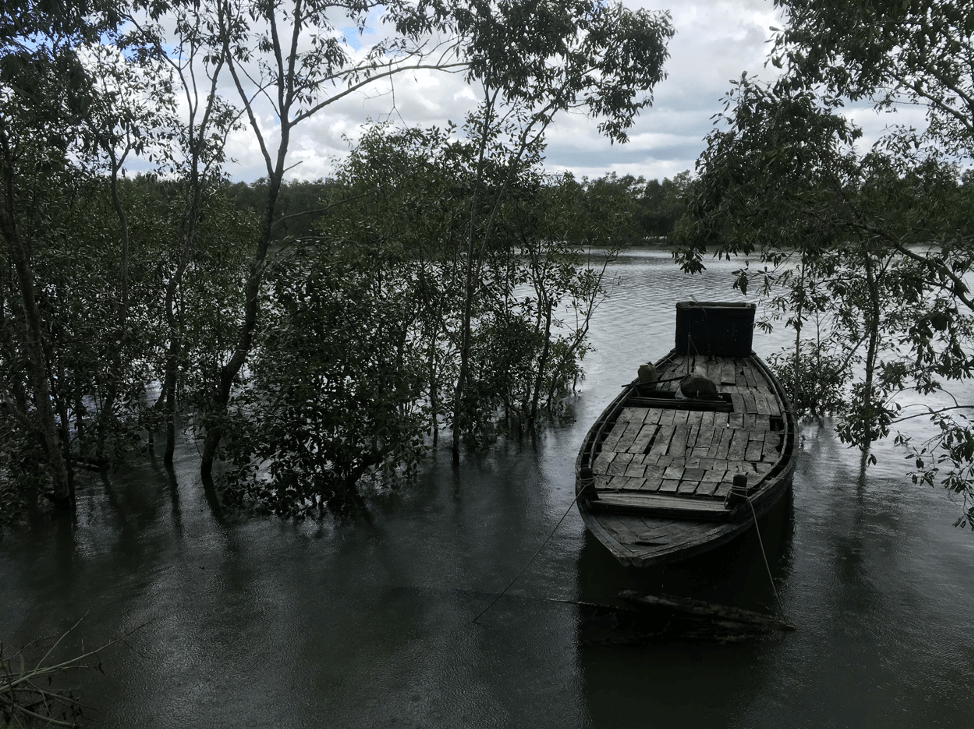 In this photo you can see the Sundarban’s mangrove forest at high tide, the trees are halfway submerged underwater and the small, wooden boat is ready to be taken out by locals.
The tides determine when certain types of work, such as fishing, can take place.

Fieldwork in the Sundarbans

This alluvial land is one of the most climate stricken landscapes of today. The delta is one of the largest in the world, created by three rivers: the Ganges/Padma and the Brahmaputra (which combine together to drain into the delta from the Himalayas) and the Meghna River. The two Himalayan rivers carry a huge sediment load to the Bay, making it a naturally very dynamic landscape. But climate change has been disrupting the natural dynamics with burgeoning speeds. As with any powerful ecological force, the disruption of this landscape has tremendous social and economic implications on those who live there.

Using the lens of climate justice, gender, and development inequalities, my research aims to understand one specific pathway by which a disaster exacerbates gender divides in the face of a changing climate, specifically how changes in daily work are caused by increased soil salinity that persists a decade after a devastating cyclone initially brought in the salty waters.

The ground cracking from the remnants salty waters, leaving behind a white salty residue.

One of the long-standing processes of disaster that the Sundarbans is facing is the ingress of salt. Salinity intrusion in the Sundarbans is caused by an intricate ecological process where the Sundari mangrove trees for which the forest is named are slowly dying off due to sea-level rise, ocean acidification, etc. These trees have extraordinarily strong roots that intertwine to protect the coast. Mangrove trees are known to diminish the effects of intense tides, for which the region is known, and storm surges. As these trees die off, the coastline in the Sundarbans decays rapidly. This coastal erosion has tremendous effects on the four million people who inhabit the Sundarbans.

Traditionally in Sundarban villages, each home has a pond that acts as their drinking water source, water for bathing, a place to raise freshwater fish, washing clothes and dishes, and provides the water used for the bathroom. As cyclones occur and sea levels rise, these ponds, along with their land, become irreversibly (without expensive geoengineering) salinated: immediately killing off the freshwater fish supply, rendering agricultural lands unusable and posing continued health challenges for those who use this water for bathing. Women, typically, add extra hours to their day to fetch freshwater (on average 10km round trip), rebuild their homes and, spend more energy acquiring resources that used to be readily available to them.

Salinity intrusion also completely reshapes the ways in which they do work. I’ve found that the lives of the people in the Sundarbans are constricted by endless but various forms of works. For men, typically, there has been an increase in temporary migrations (as they can no longer rely on traditional agriculture), high-risk work, and working for others and a sharp decrease in traditional agricultural work

I am in my third year of a Ph.D. program in Sociology at the University of Pennsylvania. I spent the first two summers of my program in the Sundarban region doing research. In total, I have 186 respondents (118 women, 68 men). The three months of research in the first year was spent visiting as many villages as possible and getting the lay of the land, so to speak. In the Sundarbans, I studied coastal villages with farmers and landless day laborers.

In Dhaka and Calcutta, I talked with development practitioners, professors, and forestry officials and researchers to get a sense of how the urban areas viewed the Sundarban region and what types of research exist in the region.

I interpret this distinction as villages that have been rendered completely salinated versus those that are still undergoing the process of salt intrusion. This engagement has shaped my research questions and understanding of the region.

A traditional Sundarban home, with a pond adjacent to a humble home.

The second three months, I selected two main villages: one in India and one in Bangladesh. I spent one full month in the village in India and two and a half weeks at the one in Bangladesh. I also accompanied one of my respondents from the Bangladeshi Sundarbans on his temporary migration for work from the Sundarbans to Dhaka. I observed him and his fellow rickshaw drivers for about a week.

Organizing and Coding a Large Volume of Data with MAXQDA

When returning from the field with field notes from 10 villages and interviews and notes on 186 respondents, I was very overwhelmed by the sheer volume of documents that I wanted to analyze. MAXQDA was helpful because there are a number of ways to code your data and be able to look at geographic nuances.

My analysis steps went as follows:

Then, I used MAXQDA’s Crosstab function to compare the number of codes per variable between specific villages.

For instance, the following screenshot shows a crosstab comparing codes for village 2 with high salinity to codes for village 1 with low salinity. It shows that while people in village 1 spoke frequently about happiness in their lives, people in village 2 are mainly concerned with salinity intrusion and the aftermath of a cyclone that they are coping with. 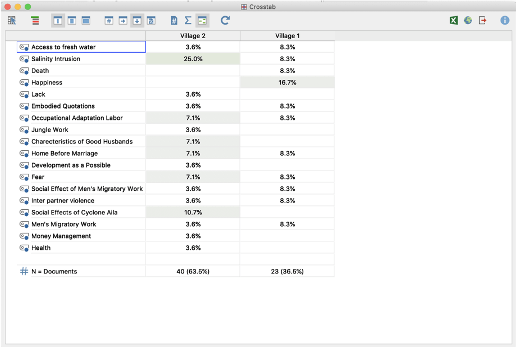 Comparing codes by villages to help see and understand patterns.

My future work will build upon my initial research empirically to explore many pathways by which the everyday adaptations to climate change are reshaping gender dynamics in the Sundarbans. It will also expand on the methodological model that I used on the second trip to the Sundarbans. This is useful analytically because I am beginning to be able to note change over time by the differences that I have seen even between the first two years of fieldwork. I imagine that this will grow even further as I spend a prolonged period in the region.

I am excited to continue learning about MAXQDA functions, especially in terms of the ways that the mixed method approach can be used for qualitative research. In my next fieldwork diary, I will write about how to create graphics using MAXQDA’s visual tools to help convey my data. 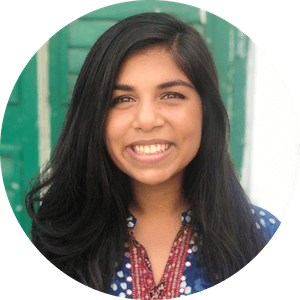 Raka Sen is a Ph.D. student in Sociology at the University of Pennsylvania, USA. The fieldwork phase of her research project titled “Adaptation Labor: Gender, Work, and Climate Change in the Sundarbans” is currently underway in rural Sundarban villages in Bangladesh. Make sure to keep an eye out for Raka’s next fiedlwork diary entry right here in the MAXQDA Research Blog!