This is a guest article written by Shahar Shoman, Lior Birger, and Liat Bolzman. In this real-world MAXQDA research example, the authors examine policies affecting asylum seekers in Israel.

In 2017 we, three Israeli researchers, conducted an independent qualitative research which focused on the “Voluntary Departure” policy of Israel toward asylum seekers and how it affected the lives of those who left Israel under it. This policy has been implemented since late 2013 vis-à-vis Eritrean and Sudanese residing in Israel.

Our research describes the process of departure and the journey of Eritrean refugees who lived in Israel and “voluntarily” departed to Rwanda and Uganda, what they experienced in those countries after landing, and the hardships they endured in every state they crossed until reaching Europe. On January 2018 our findings were published in a report titled: “Better a prison in Israel than dying on the way”: Testimonies of refugees who “voluntarily” departed Israel to Rwanda and Uganda and Gained Protection in Europe” (Birger, Shoham and Bolzman 2018). 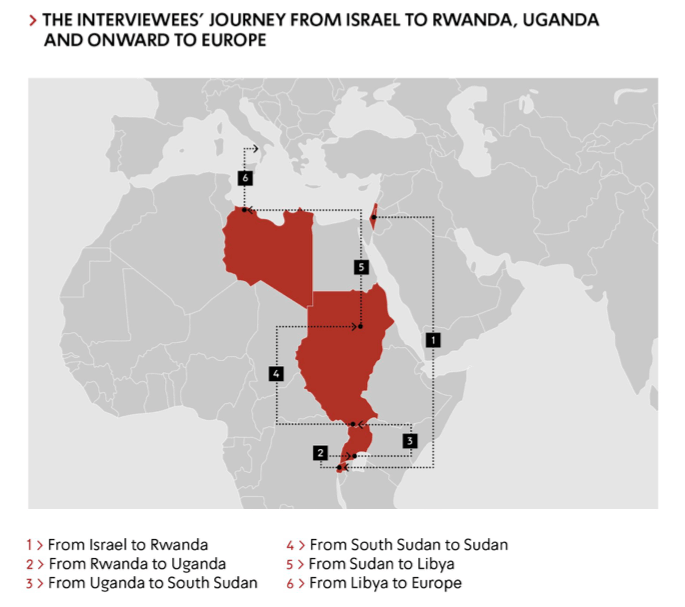 The published report was based on a qualitative research made up of 19 interviews with Eritrean refugees who left Israel between 2014-2016. 11 interviews were conducted in Germany and eight in the Netherlands, the countries of residence of the interviewees, in which the overwhelming majority received refugee status. The interviewees were recruited using a snowball sampling method. During the time of conducting the research, all three of us resided in Berlin, and we were contacted by refugees who “voluntarily” departed through social media and by telephone.

Some of the interviewees knew us through common acquaintances, as we all have years of experience working with refugee communities residing in Israel under the auspices of several NGOs. Additional interviewees were recruited through the connections of NGOs and activists in Israel and around the world. Participants in the first group of interviewees then connected us to friends and acquaintances who had also left Israel and reached Europe, and those connected us with additional acquaintances and so forth. 16 of the interviews were conducted in person, at a coffee shop or the home of the interviewee, and three were conducted over the phone. Every interview lasted between an hour to two hours. Usually, the interviews were carried out as part of a longer meeting, which included an informal introductory conversation. 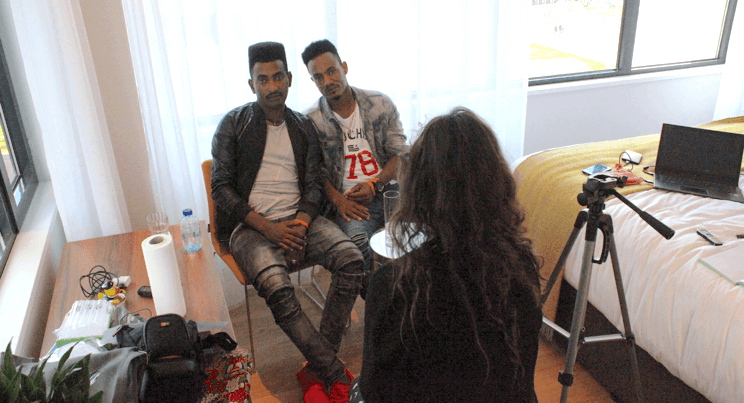 All the interviews were transcribed and later coded and analyzed, following the principles of thematic content analysis, using MAXQDA. Using the 2018 version of the MAXQDA, we created different sets of codes, which can be divided into two main categories. The first set referred to each step of the journey the interviewees went through, starting from Israel, following Rwanda and ending in Europe. The second set referred to statements made by the interviewees which have to do with their lives today, including references to their mental state and concerns raised regarding the fate of their family member and friends who remain in Israel. Using these codes allowed us to quickly retrieve all relevant segments and to sort the data according to the different countries along the refugees’ journey in search of safety. We then imported the relevant quotes directly from MAXQDA into our report draft. 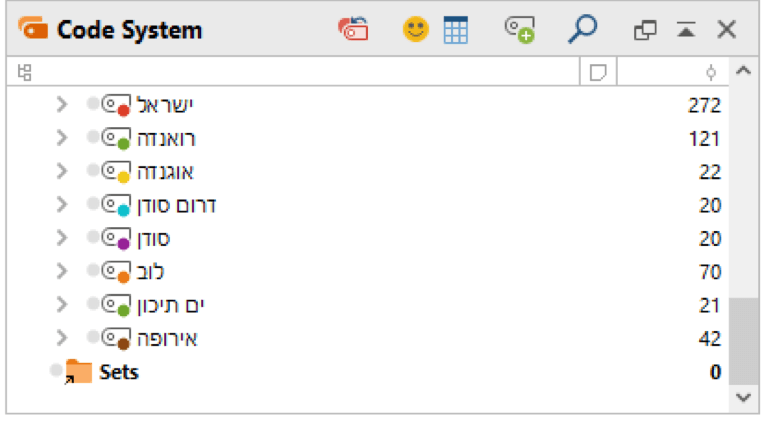 In January 2018, shortly before the publication of our report, the State of Israel announced an escalation of the measures it implements against asylum seekers; one such measure is a plan to forcibly deport them to a third country, i.e., not their homeland. The findings of our research painted a troubling picture about the safety of those “voluntarily” departing Israel. The data analyzed in our report prove that the commitments made by the State of Israel toward them – including granting of legal status and protection in Rwanda and Uganda – were not upheld. In light of this, they were forced to continue on a journey in search of safe-haven, during which they were exposed to robbery, imprisonment, torture and the threat of death. The data collected in our research was published in numerous national and international media reports and is repeatedly used by a variety of stakeholders, activist and NGOs as part of the call to stop the planned deportation policy and to regularize the status of the asylum-seekers residing in Israel.

For more information, please also check out these Youtube videos. The first is a report by Channel 2 (in Israel), which is based on the testimonies collected in our research and the other is a short insight video we made of the Stop Deportation protest in Berlin:

Shahar Shoham, a PhD candidate for Area and Global Studies at The Institute for Asian and African Studies, Humboldt University in Berlin and a grantee of the Hans-Böckler Foundation in Germany.

Liat Bolzman, an M.A. student for Social Work and Human Rights at the Alice Salomon University in Berlin and a grantee of the Rosa Luxemburg Foundation in Germany.