Over the past decade, the economic, political, and securitization strategies of the Islamic Republic of Iran in Eastern Kurdistan (also known as Rojhelat) have engendered a phenomenon known as Kolberi. Kolberi is a Kurdish word, referring to a type of cross-border labor and the word kolber is used for a person who carries goods on their back. It is a cumbersome job that is only available on the mountainous border regions of Kurdistan – across the borders of Iran, Iraq, and Turkey.

A display of hundreds of Kurdish kolbers carrying goods in the freezing cold on Mt. Zagros

Kolberi is, therefore, a unique form of labor that is exclusive to Kurdistan, which is neither legal nor entirely illegal. Kolberi is an extremely dangerous form of labor, which is not subject to any form of legal regulation, except for the state’s disciplinary law. For example, Kolbers (the laborers) are often granted a state ID card by the Islamic Republic of Iran, but they are not afforded all of the protections of a normal border crossing and can be shot at by the Iranian border patrol guards.

In essence, this liminal legal status of kolberi exemplifies Kurdish political life in Iran, which is at once both within and outside of the law. Hence, Kolberi, like Kurdish life itself, is a manifest example of a “state of exception” in its Schmittian sense. Much like the rules of irregular “hide and run” warfare, a kolber’s life depends on their agility and ability to adapt to these informal and changing rules.

Kurdish borderlanders are systematically shot at, injured, arrested, and even thrown off mountain cliffs by the state patrol guards. And yet how, when, for whom, and what type of goods they are carrying often determines their chance of survival and everything is dependent on the current black market demands. Our research on kolberi attempts to address the normalcy of the precarity of Kurdish life in Eastern Kurdistan. Due to the complexity of the case, we used a mixed methods approach to be able to depict a fuller picture of the kolbers’ lifeworld.

Our study is therefore methodologically guided by a mixed methods research approach, which integrates quantitative and qualitative data collection methods and analysis methodologies into a single study. In carrying out this project, we utilized the concurrent design, which is characterized by the collection of quantitative and qualitative data, during the same stage. We also used a data triangulation strategy not only to allow for the collection of different types of data but also to concurrently validate the data through cross–verification from two or more sources.

The quantitative phase of the project drew on multiple data sources: Hengaw Organization for Human Rights and Kolber News generously shared a list with us of around 800 kolbers who have been killed or injured by the Iranian border patrol in 2015 – 2019.

We then cross-checked Hengaw Network’s data by comparing it with other sources such as kolber Telegram groups and kolber Instagram groups, each of which separately track and record news about the kolbers on a daily basis. The quantitative data was analyzed using SPSS.

The qualitative part of the study was built on a grounded theory approach. Grounded theory is an inductive research design for generating “substantial theory” from the gathered data by extracting codes and establishing relations between higher-level categories, known as a “constant comparative strategy.”

Using purposive sampling, followed by a network sampling strategy, we were able to analyze gathered data from our interviews with 20 kolbers who come from various backgrounds. To ensure the maximum variation criteria, samples were taken from five different Kurdish cities: Sardasht, Oshnavieh, Mahabad, Baneh, Piranshahr, and Mariwan. The above constituted those cities where kolberi is most prevalent.

For our analysis, we utilized the powerful features and functions of MAXQDA 2018 – chief among them the coding capabilities, Keyword in Context (KWIC), MAXMaps, Word Frequencies, and the Code Matrix Browser, among others.

A screenshot of our coding processes

We first started with conducting an exploratory study of the data to make sense of underlying themes and insights raised by the interview participants. During the first-order coding process or “open coding phase” (see screenshot above), 47 themes were extracted, some of which were co-occurring codes (see screenshots below).

An example of conceptual mapping of kolberi

For instance, in the process of specifying how participants described and reflected on the threats they faced while working in the borderland regions, themes such as shooting, escaping, ethnic discrimination emerged as the most highly interrelated ones.

An example of conceptual convergence in kolbers’ perceptions

The second-order coding stage, or “axial coding phase“, was performed to establish the relationship between the regrouped themes in categories and primary codes. In the second stage, using constant comparative technique, we drew the connections between the codes via a combination of inductive and deductive thinking strategies as well as the extracted 6 main categories.

The final stage was a selective coding process through which categories were organized around a central explanatory concept. Following the coding process, the main categories were mapped out according to their context, interactions/ processes, and consequences around the core category (see screenshot below).

A grounded theory model of kolberi

Then, the main categories had to be described in the form of the storyline with reference to excerpts from the participants. A core concept was taken to be “the core category”, which characterizes the spatial and temporal dimensions of kolbers’ life and labor as it reflected in their lived experiences’ narratives.

Our experience using MAXQDA was unique, convenient and fast as the software package contains advanced analysis features and offers incredible assistance in coding. We are thankful to VERBI Software for supporting our project with a 2018 MAXQDA license. With MAXQDA we could draw concrete results from our data. Our study shows that kolberi is a direct outcome of the state’s exclusionary policy in Kurdistan.

We plan to continue our work by producing scholarly articles and making a greater use of MAXQDA to be able to analyze and disseminate our findings with a great depth. In the meantime, to learn more about kolberi and/or labor in Kurdistan, you can visit these websites: hengaw.net/en & facebook.com/kolbarnews4. 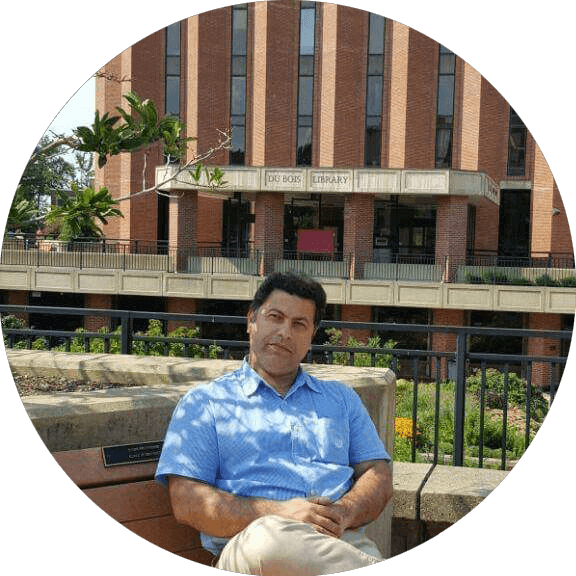 Ahmad Mohammadpour is a Kurdish sociologist and anthropologist. He received his Ph.D. in sociology from Shiraz University, Iran. He is also a Ph.D. candidate in anthropology at the University of Massachusetts-Amherst where he teaches courses on Kurdistan and nationalism, and ethno-religious conflicts in the Contemporary Middle East. Mohammadpour has taught at Bu – Ali Sina University in Iran, Salahaddin University in Erbil- Iraq, Vanderbilt University, and the University of Massachusetts-Amherst Mohammadpour has conducted ethnographic fieldworks in different regions of Eastern Kurdistan such as Hawraman, Baneh, Sardasht, Mariwan, and Mahabad. He is the author of a number of books, chief among them is his trilogy of Methodology (2010, Tehran: Logos). Two monographs on Sardasht (2011) and Ouraman (2012) regions of Iranian Kurdistan are widely considered in Iran as models for ethnographic and grounded theory – based research. Over the past couple of years, Mohammadpour’s research has centered on internal colonialism, exclusion, violence, decolonial methodologies, mixed methods research, and minorities in Iran, attempting to show the influence of ethno-religious and racial discourse on the configuration of sovereignty, domestic colonialism, and structural inequality. His research has thus far generated several substantial publications, which have appeared in international peer-reviewed journals such as the British Journal of Sociology, Third World Quarterly, Ethnicities, Quality & Quantity: International Journal of Methodology, British Journal of Middle Eastern Studies, and the International Journal of Qualitative Studies on Health and Wellbeing among others. Mohammadpour‘s most recent work focuses on the persistence of the Aryanist discourse and the ways in which it has sustained an ethno-linguistic and racialized hierarchy and produced a core-periphery divide in Iran. He also investigates the Iranian state’s policies of ethno-religious assimilation in Kurdistan, its resultant forms of violence, as well as some of the ways Kurds have resisted. 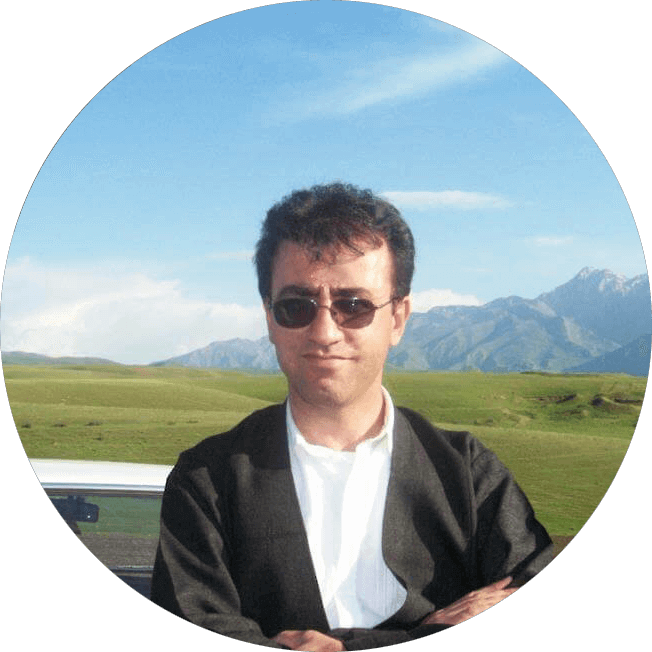 Kamal Soleimani specializes in Islamic and Middle Eastern history and politics. Soleimani received his Ph.D. (2014) in Islamic and Middle Eastern history from Columbia University, NY, and has taught in Turkish and American universities. He is the author of a various scholarly articles appeared in major academic journals such as The British Journal of Sociology, Ethnicities, Middle Eastern Studies, and The Muslim World. In his book Islam and Competing Nationalisms in the Middle East (Palgrave, 2016), Soleimani questions the foundational epistemologies of the nation-state by focusing on the pivotal and intimate role that Islam played in the nation-state’s emergence. He shows how the entanglements and reciprocities of nationalism, and religious thought played out in the modern history of the Middle East.